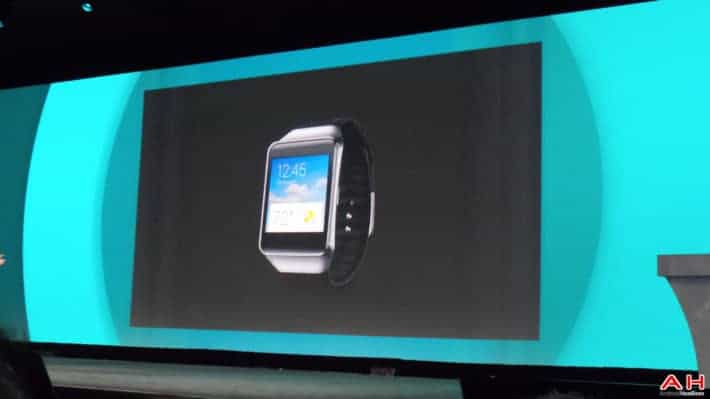 Google announced its smart wearables initiative, Android Wear, just a few months ago, and since then they've shown off the LG G Watch and the Moto 360 as the reference devices for the platform.  What we haven't been privy to up until recently is exactly when those watches will launch and what they will be priced.  Today's Google I/O 2014 cleared up a few of our questions, and for the most part the answers are pretty darned exciting.  The LG G Watch will be available on the Google Play Store just a little later today, which is slightly sooner than the July 7th we had heard about just yesterday.  Unfortunately we don't have a price for the device just yet though, so half of the puzzle is still left unsolved, but we won't have long to find out!

Let's not forget about Samsung's previously unannounced Gear Live, which is the Android Wear version of its popular Gear smartwatch lineup.  Just yesterday we got a full spec leak including possible release date, but it looks like we were wrong on at least one of those points: the release date.  The Samsung Gear Live won't be available next week, it'll be available later today on the Play Store as well!  Again just like the LG G Watch we don't have a price, but knowing that both Korean tech giants are competing on the same level at the same time is pretty exciting.  But what about the Motorola Moto 360, which is arguably the most wanted of all the currently announced smartwatches?  It'll be officially coming later this summer, but that's all Google has given us at this point.  It's unfortunate to have to wait longer, but those wanting the circular Moto 360 experience may just find it to be worth the wait.  We'll keep an eye on the Play Store and let you know when they are ready to order.

EDIT: We've got an official price on the Samsung Gear Live!  It'll be a pretty sweet $199, which is excellent for any smartwatch and puts it in a great price category for this kind of tech.