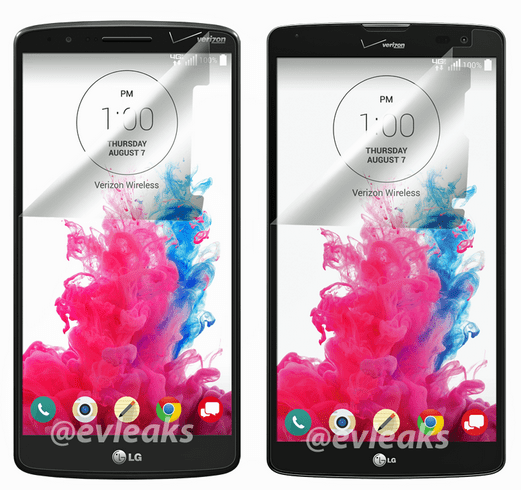 We’ve been seeing leaks of the LG G Vista for Verizon lately. And now we’re hearing that the LG G Pro 2 Lite is heading to big red as the LG G Vista. Because, well, Verizon has to be different. According to Evleaks, this one carries the model number LG-VS880. Which sounds familiar, since the LG G2 on Verizon is the VS980. Typically, Verizon LG devices start with VS, and Sprint starts with LS, while AT&T and T-Mobile variants are closer to their international counterparts. You may also remember that a few months ago, it was reported that the LG G Pro 2 Lite was heading to Verizon, and this ties right in with that rumor, once again.

So far there’s no word on the specs for the LG G Vista, but if it is indeed the LG G Pro 2 Lite, then it’s likely not going to be very high-end at all. More of a mid-range phablet, to say the least. We’ll have the same 5.9-inch display, but it may be a 720p panel instead of a 1080p. We’ll probably also see a Snapdragon 400 inside and maybe 1.5GB of RAM. It’ll all depend on how “lite” Verizon and LG have gone with this device. Hopefully not too lite because the LG G Pro 2 was a beast, and a device we were hoping to see here in the US at some point.

Evleaks also posted an image of the LG G G3 and G Vista for Verizon side-by-side. They both look almost the same, except the one on the right has a bit more screen and less bezel, which we’re assuming is the LG G Vista for Verizon. The other difference is the logo placement. You’ll see the one on the left has it on the right side, and the right LG device has the Verizon logo in the middle.