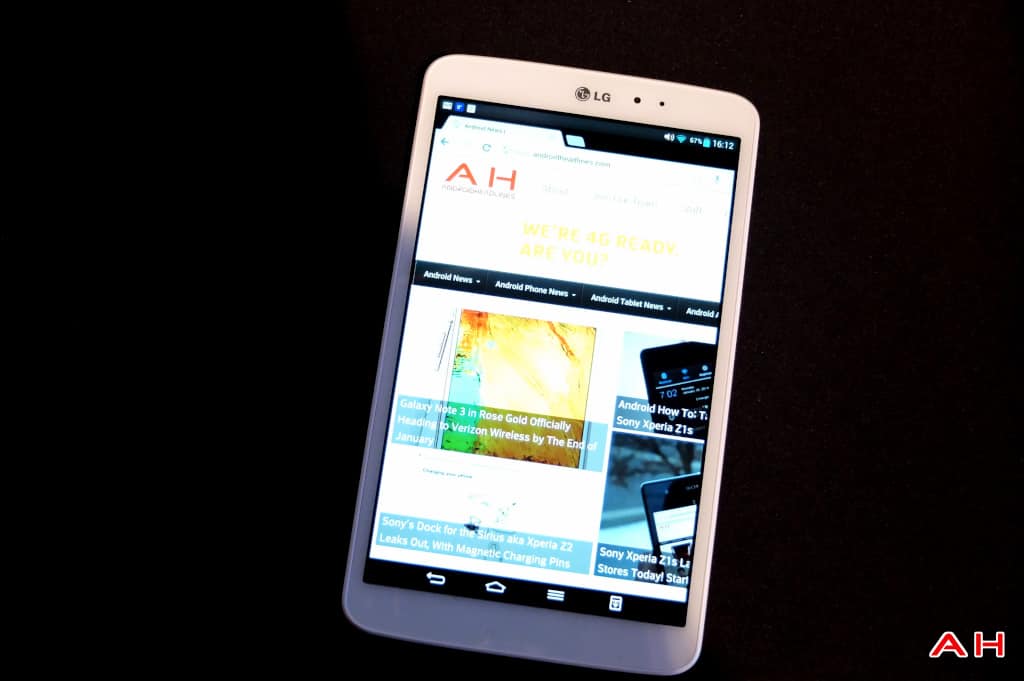 Anyone remember Android 4.4.3? That update had to be the most disastrous update ever to land on a phone. All sorts of bugs plagued that update and the battery life improvement Nexus owners were supposed to get never happened, it only got worse. Luckily, not everyone got to experience that mess of update. One device in particular was the LG G Pad Play Edition. Instead of being diagnosed with the OpenSSL problems and the severe battery drain, Google has blessed the G Pad with Android 4.4.4. Being that it is a Play Edition device, the OTA delivery should be showing up in a few days. In order for your G Pad to obtain the latest update of Android you must already have 4.4.2 installed. Versions prior to 4.4.2 will not be able to jump straight over to the 4.4.4 update.

What's new with 4.4.4? Well there isn't much of a difference from 4.4.3, just security and bug fixes that were brought with the previous update. So when updating to 4.4.4 on the G Pad, you won't notice any bit of change, especially if you didn't have to suffer the fiery pits of hell that 4.4.3 delivered. Sorry if I exaggerate how bad 4.4.3 was, the update did fix some major problems that surfaced when 4.4.2 came along as well as give the dialer pad an all new fresh look. The update did bring along its own problems, but thankfully Google saw that and quickly fixed them.These updates are still part of the Kitkat family which leaves us all waiting for the next flavor that Google has been cooking up and showed us at Google I/O.

So if you own an LG G Pad Play Edition, let us know when Android 4.4.4 comes through on your device; Or if you can't wait download it here. How was the download process? Do you see any improvements that may have fixed any bugs that annoyed you on 4.4.2? We would love to hear from you!