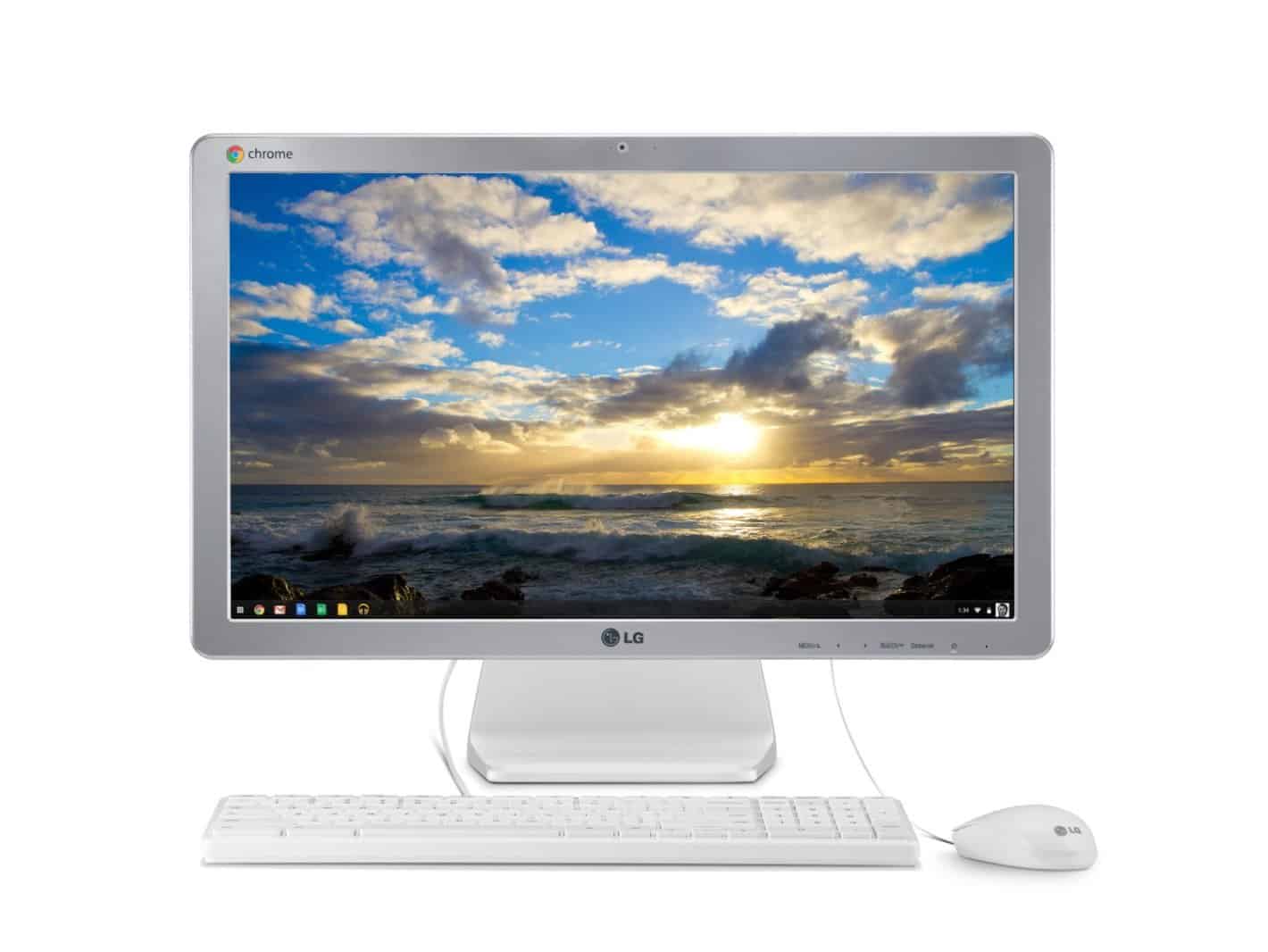 Earlier this year, LG announced their first Chrome OS device, which is an All-In-One desktop called the Chromebase. It does look a lot like Apple’s iMac though. It features an Intel Celeron 2955U 1.4 GHz, 2 GB DDR3L SDRAM, 16 GB Solid-State Drive, 22-Inch Screen, and Chrome OS. It has a few USB ports, Ethernet port, and a SD card on the back as well. There’s also a 3.5mm headphone jack on this bad boy as well.

The 22-inch display is a 1920×1080 resolution IPS display, so it’s nice and bright. And with the Intel Celeron 2955U clocked at 1.4GHz, it’s plenty of power for Chrome OS to do everything you need it to do. The Chromebase is available now from Amazon starting at $329.99, which is pretty good for a desktop running Chrome OS. Especially since it has a monitor built in, unlike the ASUS and HP Chromeboxes out there. LG does package a keyboard and a mouse along with the Chromebase, so you don’t need to spend extra on those.

It’s a pretty decent desktop, although it’s important to remember that this may not replace everyone’s desktop. If you can get along with doing everything you do on your computer in Chrome, then you’ll be fine with a Chrome OS device like the Chromebase, if not, then you’ll want to look elsewhere obviously. The Chromebase is a pretty decent machine and we should have one into review pretty soon for those interested in picking one up.

How many of you are interested in picking up the LG Chromebase? How many of you already own Chrome OS devices? Be sure to let us know your thoughts in the comments below.