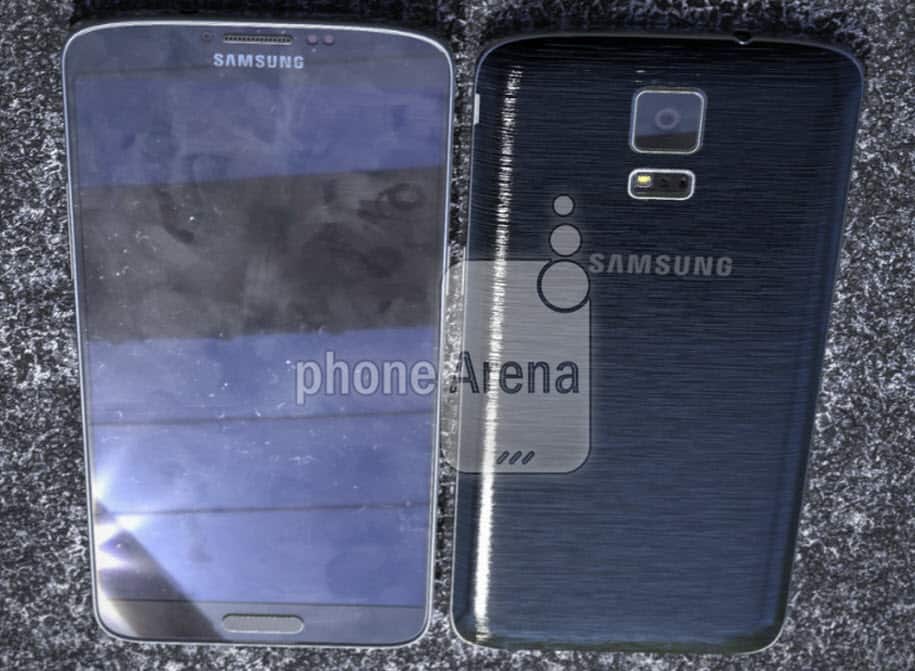 Every day we hear more rumors and see more pictures of the Samsung Galaxy F – a new device that many thought should have been the Galaxy S5 in the first place.  Our source, PhoneArena, got a hold of a new photo yesterday that is believed to be that new Galaxy F that we published for you.  It was a nice shot of the device and today their tipster has given them a fairly nice shot of the front and back, only taken outside or with more light, so the entire device is easily visible.

The Samsung Galaxy F is thought to be a “premium” version of the Galaxy S5 – the Galaxy F bumps the screen and the resolution up to a 5.3-inch QHD with a 2560 x 1440 resolution, rather than the Full HD 1080p display on the Galaxy S5.  The processor also jumps from the Snapdragon 801 quad-core clocked at 2.5GHz to the newer Snapdragon 805, most likely clocked at the same 2.5GHz.  The 2GB of RAM in the Galaxy S5 jumps to 3GB in the Galaxy F and the camera, while staying at 16MP, includes the long awaited OIS built-in for more stabilization for photo taking.  It will still be IP67 certified, meaning water and dust resistant.  It also appears like the top and sides are curved a bit more, and either a metal back or metallic-like back also looks like it may also make an appearance.

Certainly, this is in direct response to the new LG G3 soon to be released, and to a lesser extent, the HTC One M8.  Some of the delay was that Samsung claimed they could not produce enough of the QHD displays to satisfy the huge demand that they were expecting for the Galaxy S5.  While sales have been satisfying, they are nothing like Samsung was expecting – fearing they made a mistake, they immediately upped the ante on the Galaxy F to be more competitive.

Please hook up with us on our Google+ Page and let us know what you think about the new “Premium” version of the Galaxy S5 – too little too late or will the Galaxy F make you rethink purchasing the newer and more specced device…as always we would love to hear from you. 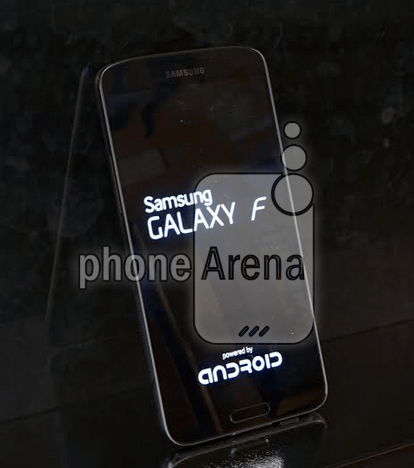