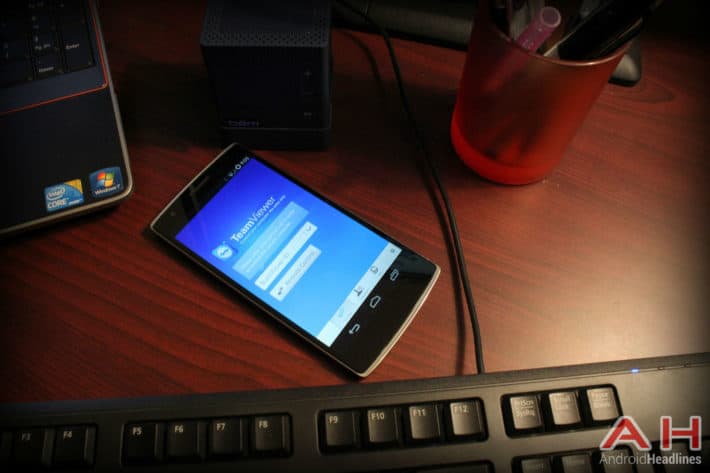 Remote access is something that isn't new but has become increasingly convenient not only as our Internet speeds increase, but our portable devices become more powerful.  Just the other day I was on the road for work and realized I had to do something back at the office, so I pulled over, opened up Team Viewer on my phone and jumped onto my desktop computer back at the office.  While it's slightly more cumbersome to interface with a Windows computer via a touchscreen phone, it was still feasible, and most importantly fast.  At this point it's faster in some situations to just use your phone or tablet instead of lugging around a full-sized laptop to get many remote tasks done, so today we're going to examine 5 of our favorite remote login apps for Android.

Ironically enough the official Microsoft remote desktop isn't the best version.  What's the reasoning?  Well while it features a slick interface that's exactly like Window 8's UI, it's lacking some basic functionality.  If you change your Remote Desktop port to something custom so as to try to avoid hackers, well that's not something you'll be able to work with here.  It only supports professional and other business licenses of Windows, so those with Home Premium or a similar version of Windows need not apply.  You're also stuck with landscape mode only, if that even really matters.  Otherwise this is a super simple to use remote desktop utility that uses Windows' own built in RDP protocol.  Just make sure you have RDP enabled in the Windows settings before trying it.  Oh and of course it's free, don't forget that! 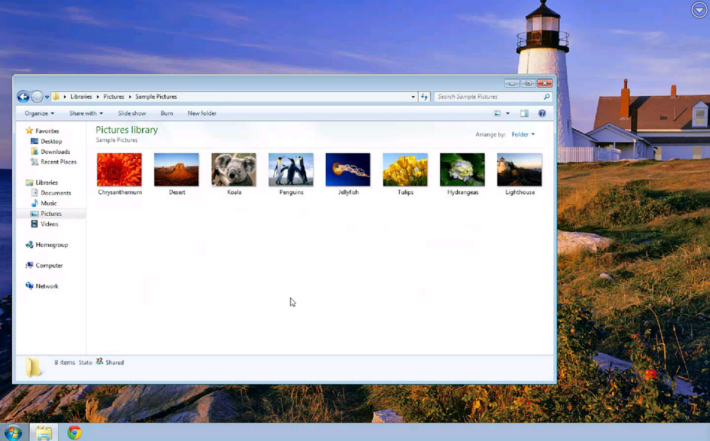 Recently launched by Google and part of Google's complete takeover of your life and all that you do, Chrome now supports remote desktop and will let you completely interface with your computer via your Chrome browser.  As of the last few updates Chrome now runs in the background unless you tell it not to, and as such allows you and Google to all sorts of cool things like this remote tool via Chrome.  Just about the only thing that's missing here are function keys like F12 and others that might be needed for certain Windows-based tasks that aren't on a touch keyboard found on your phone or tablet.  Once that's added this will be a pretty significant step forward for free remote tools.  The only downside is that you need to use Chrome, and if that's not your browser of choice then it's going to be difficult to use this tool.

PocketCloud Remote supports both RDP and VNC protocols, as the name suggests, and as such works for both Mac and Windows computers, giving this one an edge over some others on the Play Store.  The free version offers simple remote tools like Google account integration so you don't have to remember IP addresses and computer names, and conveniences like customizable keyboards for those who require special keys in their remote tasks.  The upgrade to PocketCloud Pro gives you access to multiple computers instead of just the 1 that the free version supports, as well as a host of security options, VMWare View support and more.  The biggest downside here is that your connection needs to be fast in order to use it, which is true of most remote tools that use VNC as their protocol for connection. 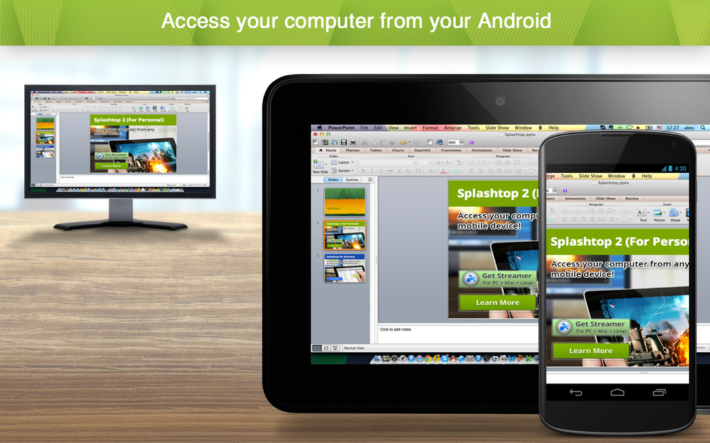 Splashtop was one of the first Android remote clients that made a big name for itself, and for good reason.  Quite frankly it's difficult choosing between Splashtop and Teamviewer simply because both of them are just so good, fast and feature-rich.  Splashtop features support for all sorts of activities on a computer, not just simply remoting into a computer to check on a file or perform a task, but even to stream video and play 3D games.  This sort of feature-rich environment is what rockets Splashtop to the top of the pack, and the fact that the personal version is free only helps keep it there.  Splashtop works with every major OS out there including Windows, Mac OSX and Linux.

Teamviewer has been a staple of my remote desktoping life for quite some time now, and it only has gotten better over the years.  It's super fast and can be used even over a cell network (which I suppose doesn't mean as much anymore given the speeds we have now), and it's super easy to set up.  You can either jump on a computer using the ID and password that's generated randomly or set up a free account with Teamviewer that provides an easy one-click way to jump on your remote computers.  Streaming music, video and games works better than you would expect it given the fact that this stuff has to travel across the internet to wherever you may be.  The personal version is free and you can pay for a business license to get the whole office remoting in with ease.

And there you have it, our top 5 list of best remote log in apps for Android.  As always this isn't an exhaustive list, and we've likely passed over some solution that's been obscured by Google's massive library of apps on the Play Store, so if you have suggestions for next time shoot us a comment and let us know.  Hopefully these tools make your life that much easier and help you out in your daily quest to get stuff done!