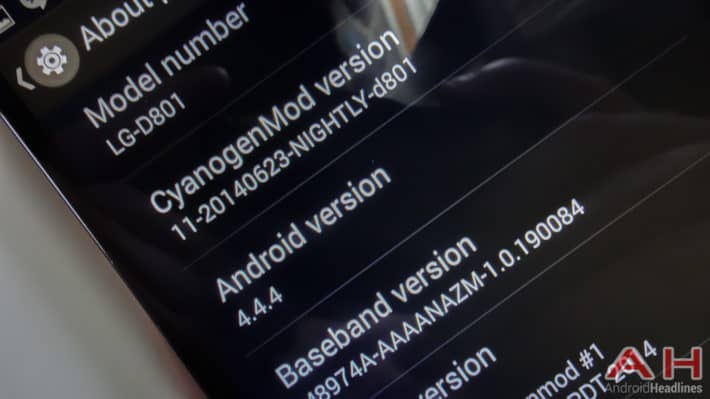 CyanogenMod is one of those custom ROMs that has been around for years, and is probably one of the most popular custom ROMs out there. In fact, they even have their own phone – the OnePlus One. CyanogenMod is basically built from Stock Android, but has a bunch of  nifty features inside the ROM that make it pretty awesome, one of the bigger things is the theme manager. Theme Engine on CyanogenMod is pretty robust, you can change just about anything. CyanogenMod 11 now runs on Android 4.4.4 which Google just released a few days ago.

One of the newer features that CyanogenMod has added, is the floating notifications. Floating notifications is basically what it sounds like, notifications are floating on your screen, which are pretty cool and something that Paranoid Android has had for quite a while, actually. Although this is called 'Heads Up' and is found under the Settings > Notification Drawer > Heads Up. It's a pretty neat feature, I've been using it on CyanogenMod for the past day or so on my LG G2 with CM 11 on it.

The other new feature is the Protected Apps which allows you to disable apps at the system level. You can also protect them with a pattern lock if you want. This hides apps from launchers and such, so you'd never see them again. Although with this ROM, I doubt there's many apps that you'll want to disable on your phone. CyanogenMod have changed up the customization settings in the Settings app. Now we see Notification Drawer, Lock Screen, Themes, Status Bar and Gestures. CM says that this helps users find their favorite features in CyanogenMod a lot faster, and easier.

How many of you have already updated to the latest CyanogenMod nightly? What do you think about these changes in CyanogenMod 11? Be sure to let us know in the comments down below.