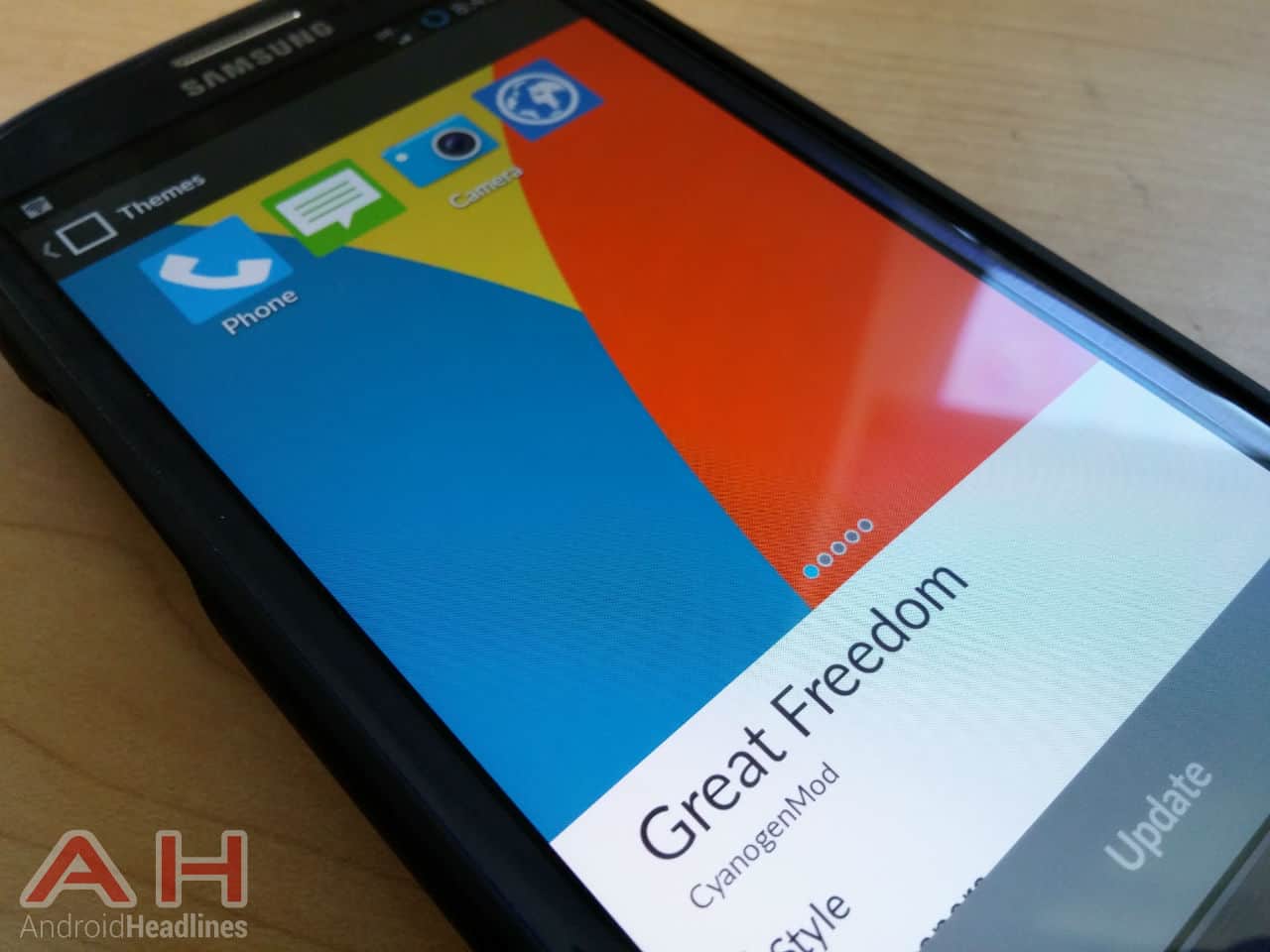 Android has a lot of really great things going for it.  Besides being a completely open-source operating system that lets anyone build upon it as a base, Android is the cornerstone for customization in the world of operating systems.  When your biggest rival's mobile operating system looks exactly the same on every phone it's ever been on you know you need to immediately grab attention with the ability to make your OS just that; your very own.  Android has so many different ways of customizing the way it looks it's downright crazy, from changing out your launcher to switching out all the icons you see system wide, there's an option for everyone no matter your technical aptitude.  Now Cyanogen, Inc. has released the new theme engine they showed off in March and it's quite a beauty, giving you a whole theme store and everything to choose from and all the customizations that come with it.

How does this work?  First off you'll need to make sure you're on a recent build of CyanogenMod or another AOSP-based ROM that works with Cyanogen's code.  Second, grab the Cyanogen Theme Showcase app from the Play Store link below, which just so happens to be as free as the wind.  Once you launch the app you'll be greeted by the store front which features a mix of free and paid themes, although there are only a handful to choose from right now.  Given how many themes there are on the Play Store for the old CyanogenMod/T-Mobile theme engine, we imagine that many of those will make the quick conversion over to the new engine in order to be featured in the new storefront.  As it stands the Theme Showcase app store front are just a bunch of links to Play Store listings, so if it's not on the Play Store you won't be finding it here.

At the moment it seems like regular icon packs and that sort of thing can't be used, unless I completely missed something of course.  Outside of that though the themes presented are some pretty fantastic ways of showing what can be done in the new theme engine, as it's not just changing out icon packs or wallpapers but everything on the phone from the boot animations, fonts and even system UI elements.  What will updates bring us besides more themes?  Hopefully larger support for standalone icons packs and the like, but you've got to start somewhere!