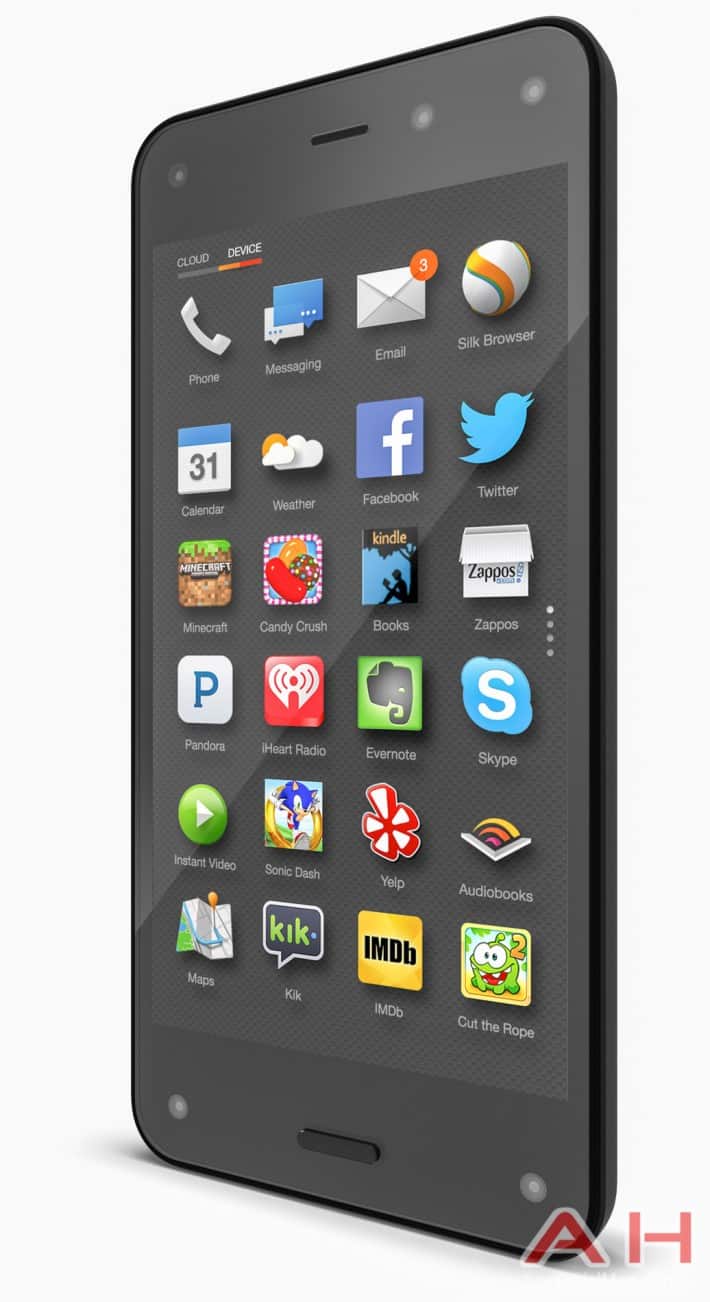 This morning, Amazon announced their first smartphone. It's actually a pretty decent offering considering this is their very first smartphone – albeit late to the game. But I guess it's better late than never, huh? Amazon put a 4.7-inch IPS 720p display on their Fire Phone, added in a Qualcomm Snapdragon 800 processor with 2GB of RAM. It also features a 13MP camera on the back, which is said to be pretty amazing. We also have a 2.1MP camera on the front, and it's got a 2400mAh battery powering it all. It's also running Fire OS 3.5.0, which looks basically exactly like the Fire OS on the Kindle Fire HDX from last fall. Amazon also added a lot of cool software features, which my favorite is probably MayDay, which made it's debut on the Kindle Fire HDX tablets last fall. It's basically a 24/7 live tech support for owners of Amazon's hardware. It's pretty good actually, from when we reviewed the Kindle Fire HDX last fall.

The specs look pretty decent, but how do they look when compared to the other flagships of 2014? Well that's what we are here to do. Compare the Amazon Fire Phone to the HTC One M8, Samsung Galaxy S5, Sony Xperia Z2 and the LG G3. These four phones all have relatively the same specs, aside from the LG G3's screen. But they differ quite a bit from what Amazon has chosen to put in their Fire Phone. It's crazy how much these specs have changed in the last year or two. Now we all have phones that go up to 2.3GHz, which is insane for a smartphone. I know it's not comparable to your laptop or desktop, but I bet a lot of us still have laptops and desktops that don't reach that speed.

If you're interested in how the Amazon Fire Phone stacks up to it's competition, check out the table down below. It'll give you a pretty accurate representation of how well it fairs against the competition. 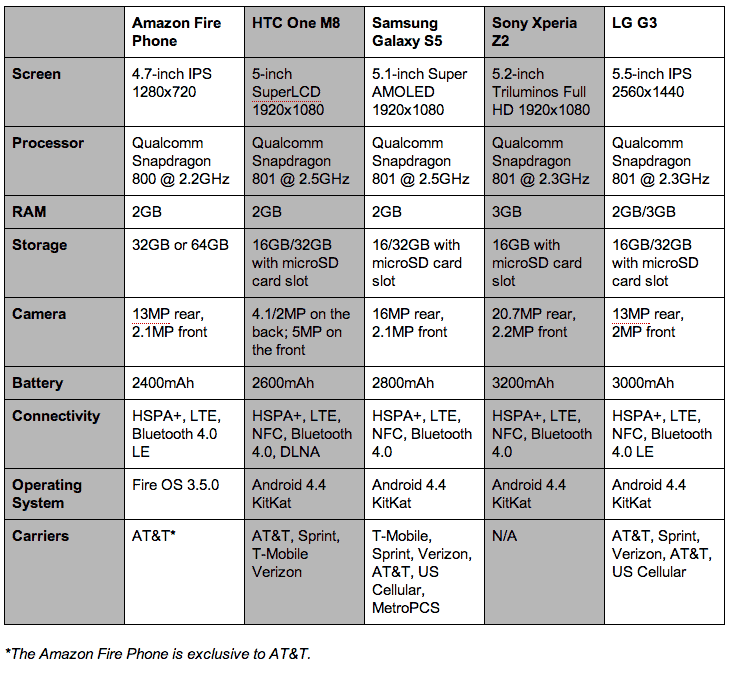