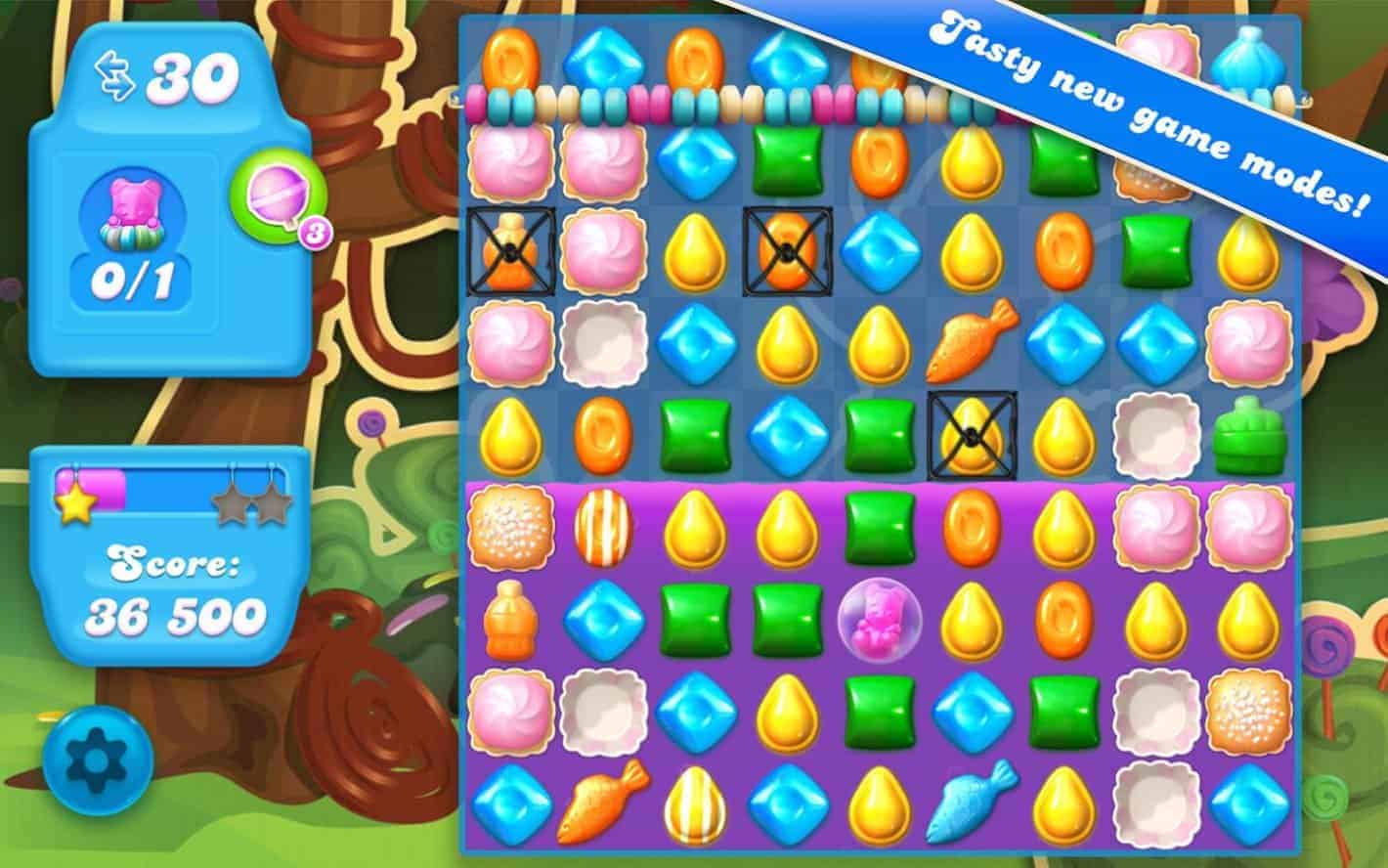 Tired of rotting your teeth with all that candy? How about some soda instead? Candy Crush Saga, mobile's most addicting game since Angry Birds is stepping aside to let the light shine on its upcoming sequel. Just a little light though. Candy Crush Soda Saga is only being introduced via a soft launch right now so that means not every region will be able to get their hands on all the match making, point scoring bubbly goodness. Not yet anyways, but eventually the game will launch globally and we can all go back to shrugging off our responsibilities to get just a little more time with this new game.

For now, Candy Crush Soda Saga which is the evolution of the Candy Crush franchise from King Software, is soft launching in four different regions around the world, but sadly for those of you who are fans of the game series here in the U.S., you will not be getting a taste of this fizzy follow up just yet. If you do however reside up north in Canada, or across the  Atlantic in Spain, The Netherlands, or Sweden, then you're in luck as those are the locations where the game is getting the soft launch. If you're not in any of those areas and were hoping to get your hands on this game, you shouldn't feel too left out as the game appears to be much the same but with the new Soda theme. The match 3 gameplay type is the same, and the treats are of a liquid base this time around. For the most part that's it when it comes to changes. At least that's how it seems. We can't really give all of the details because we can't personally play it.

If you really need your Soda fix and won't be getting it here you could always go indulge and grab yourself a real life fizzy treat and probably get more enjoyment out of it. Of course it also comes with the real life effects of the sugar where as the game does not. Darn. The game is free and will continue to be even once it's out of its soft launch state, but don't be fooled into thinking there will be no IAPs this time around. King Software made a boatload of money off of the freemium model from the first game and they're sticking to it for the Candy Crush sequel as well. Grab the game from the link if you want a taste and are located in one of the launch regions.