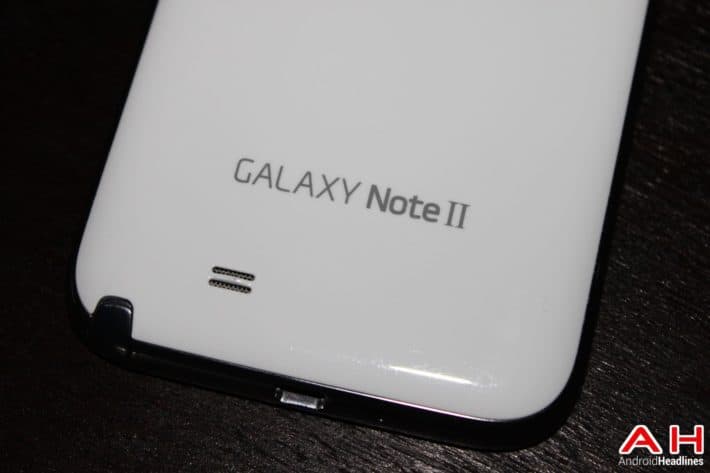 One of AT&T's most popular Samsung devices, the Galaxy Note II, will finally be receiving its KitKat 4.4.2 upgrade today.  Even though this device came out in late 2012, it still stands up well against some of the newer competition.  The original Note was an AT&T exclusive and even though it was a capable device and opened up an entirely new market – the Phablet – it wasn't nearly as refined as the Galaxy Note II.  My Verizon Note II was a year old and I still sold it for $227 of the original $300 that I spent on the device – I got the Galaxy Note 3 for only $73, so it was a no-brainer and the ONLY reason that I upgraded.

The Galaxy Note II has a 5.5-inch HD display with 1280 x 720 resolution display with 267 pixels-per-inch.  It was powered by a Exynos 4412 Quad-core processor which is clocked at 1.6GHz with 2GB of RAM and came with either 16/32/64 GB of internal storage with a microSD card that allowed up to an additional 64GB of memory.  The camera was an 8MP with LED Flash and Autofocus and a 1.9MP front-facing camera for video chatting and selfies.  It has a 3100mAh battery and was running Android 4.1.1 Jelly Bean when first released.

The upgrade (version I317UCUCNE5) will at first appear to be nothing exciting – no big visual sights or screen changes that will make you drop to your knees in awe.  With Android 4.4 KitKat, it was more an under the surface update that will make your Note II run better and more efficiently with a few features, such as – you will get a new translucent status and navigation bars, new lock screen access, media control improvements with full-screen album art and media controls when listening to music.  You will also have direct access to the Camera application from the lock screen, so you don't miss a great photo.  Support for wireless printing over Wi-Fi and Bluetooth…and much more.

Please hook up with us on our Google+ Page and let us know if your Galaxy Note II received its KitKat love from AT&T…as always, we would love to hear from you.