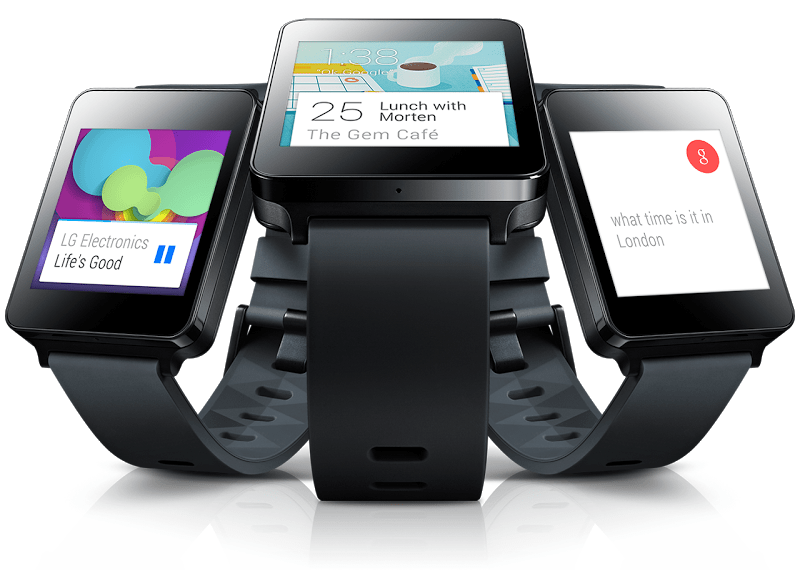 The first day of Google's I/O Developer Conference may have concluded, and we may know about and have access to Google's SDK (software development kit) for the Wear, TV, Auto, and others, but we are the last to the party.  Companies like Pinterest and PayPal have had access for a while before now, and have their apps ready and raring to go.  But remember, they are the first third-party apps on the Wear platform, not the first apps for it in general.  The six companies are PayPal, Lyft, Eat24, Soundwave, Allthecooks, and Pinterest.

Paypal, as you might imagine is not going to be the star of the show as far as paying with Wear goes, since Google Wallet still exists, but it will be more widely adopted on the Wear due to its popularity.  PayPal, though, are not going on a maiden voyage on the smartwatch platform, having made their wrist debut on the Samsung Gear 2 and Gear Fit earlier this year.  Wear, being mainly a notification hub, will allow you to see PayPal notifications, but also allow you to redeem PayPal offers, pay with check-in, and, according to PayPal, some voice commands will be available for certain things, but no more than that.  Very impressive for a smartwatch app, honestly.

Lyft is next on the list.  Lyft, for those who don't know or might have forgotten, is a ride-sharing service based in San Francisco, that turns volunteers into drivers, and are available at the tap of a screen-button.  Lyft's app on Wear will have voice-enabled car requests, remind you of your total tab for the ride, and remind you to rate your driver as well.  Clean, simple, and fast, jus tlike Lyft.

Eat24.  Think you can work out what the company does?  Well, here's a hint: delivery, of more than just delivery.  Eat24 lets you into a network of connected restaurants that gets to benefit from delivery of some of the best non-delivery food available, all, now, on your smartwatch, Google showed off how, with Eat24's Wear app, and a history of using it (not as in an insult, but as a set of recent/past orders), you can reorder a party classic in under a minute and the order goes on through, and you just have to wait the rest of the time to receive your order.  Ordering delivery from your watch.  Jetsons much?

Soundwave also has some early footing on Wear.  Soundwave is a social media site built not around pictures, or posting words and thoughts, but music.  Sharing, resharing, and favoriting songs and music and artists.  Now, accessible from a wrist near (but hopefully on) you.  You'll see, as notifications come in, followers interacting with music, specifically something you're listening and jiving to right then, and if some new follows you because of your rad taste in tunes, you can just tap and follow them in return.  Logically, that's a circle, but we don't care, because it's social music.

Allthecooks, you see, is an interesting one.  Ever have to go from cooking place to looking at the recipe and back, multiple times?  Wear and Allthecooks lets you keep the recipe right on your wrist, so it only takes a glance to see how many cups of brown sugar you need for that special dessert for your favorite graduate and son or daughter.  To progress through the recipe on Wear, simply swipe right to left, and the step will move to the next one, and mark it off as done on your smartphone.  Who would have thought a watch could make cooking easier.

Lastly, and most oddly among the first six, is Pinterest.  Pinterest, for those out of current media (or with better things to do that essentially shop with no direct chance to buy, I guess it would be) is a site where you focus on style and taste, rather than music, media, text or what have you.  The app lets you know when you're near something you pinned (which is roughly equivalent to retweeting, liking, sharing, +1'ing and reblogging, to relate to other popular sites' lingo), and lets you even know when you're near a friend's pinned spot.  If you want, when you have a pin notification, you can switch to navigation via Google Maps to get there in no time at all, and you can even read about the venue you may be passing right then.

Android Wear is a budding blossom that just opened for everyone to see the inside as well as the beautiful face and outside of, and more third-party apps are definitely going to launch on and help shape and grow the Wear ecosystem, environment, and functionality, and it's only one day old.  Quite the future ahead for you, Android Wear.