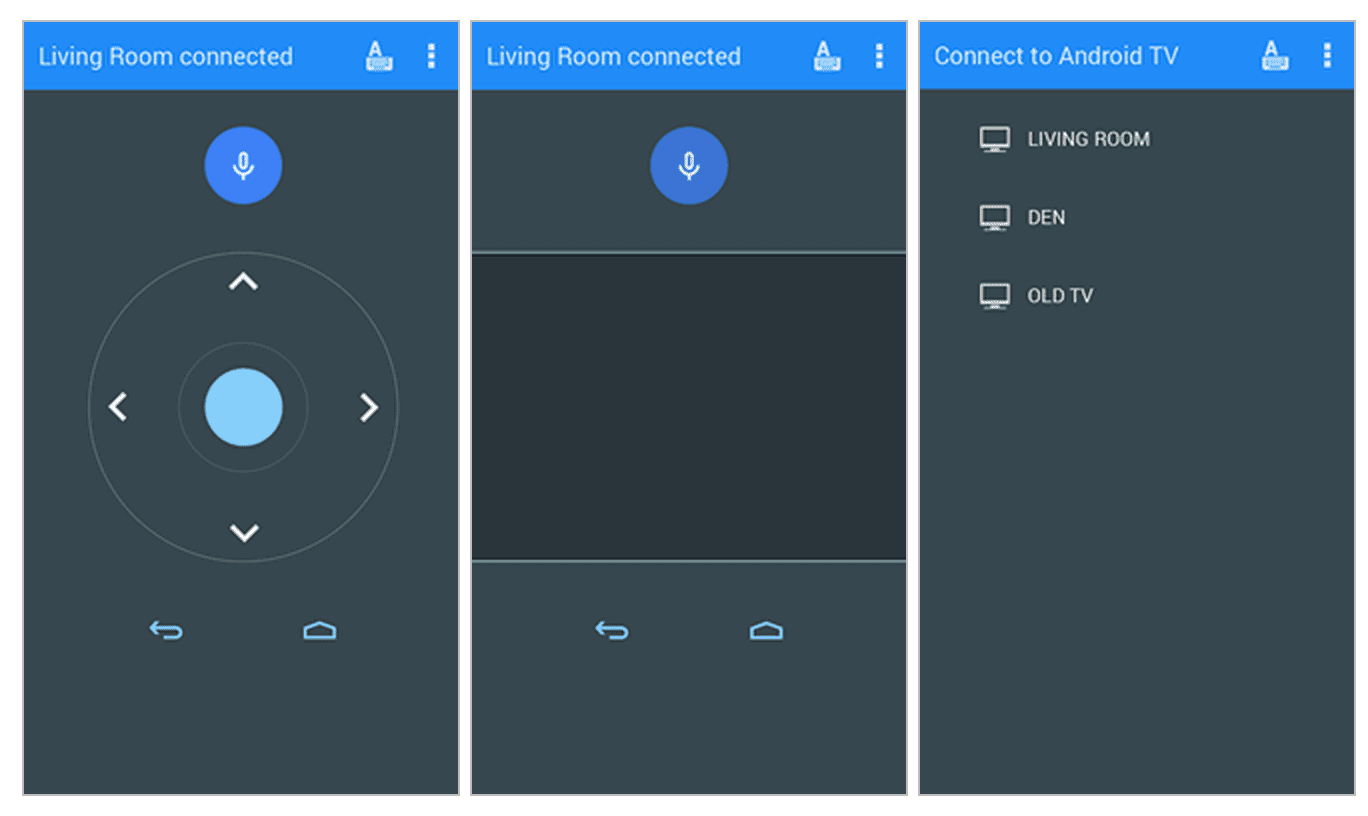 One of the many announcements today was the Android TV system. Which we were informed by Google that plenty of OEMs will have Android TV built into their TVs later this year and going into next year. One of the great features that Google showed off with Android TV was the ability to control it from your Android smartphone. Basically like when you control Chromecast from your phone. Well that app is now available on the Play Store, although it won't do you much good since Android TV is not available yet. But as we can see it does blend in well with the design of Android L which was also announced this morning at Google I/O.

As you can tell from the image above the interface looks pretty simple, yet it still looks pretty good. Just a few buttons along with a home and back button for your TV. It also allows you to choose which TV you're looking to control at that particular moment. There is a developer Android TV box at Google I/O right now, so I'm sure we'll see a set-top box announced in the fall when Android L and all these other goodies are announced.

With the app, you can control all the Android TV's in your house. Heck you can even control it from your Android Wear smartwatch with the same app. A lot of you are probably wondering why Google has it on the Play Store right now. Well it works with a lot of the developer kits that Google has on display at Google I/O in the Moscone Center today and tomorrow. Since it works with most Android devices already, it'll probably remain in the Play Store until Android TV launches this fall.