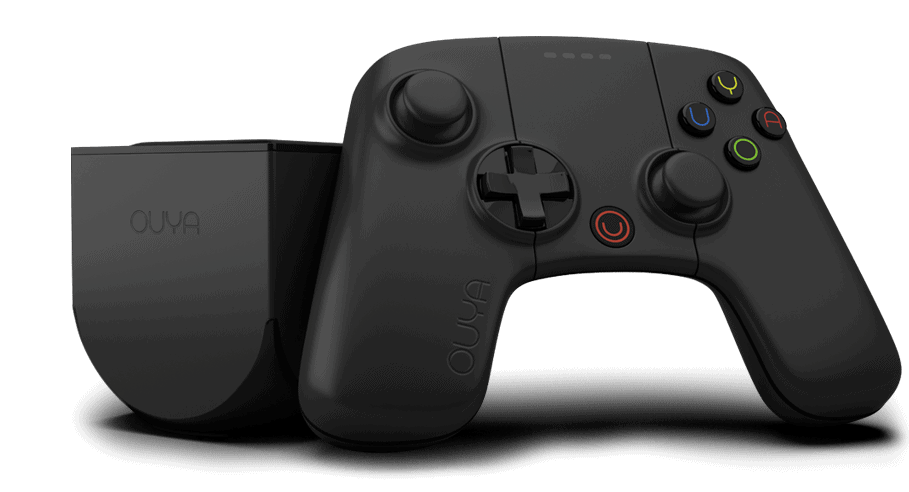 Android games have been getting increasingly more popular over the years. The library of game genres as well as the number of games has grown immensely and is part of the reason why gaming on Android has gotten as big as it has. So why wasn't the OUYA an overnight success? When I first heard about the OUYA kickstarter I was like a kid in a candy store all ready to gobble up enough sweets to potentially make my teeth fall out. I was that excited. "Finally", I thought. Here was a company who was looking to bring the popularity of Android gaming to the living room and make it easier to play games on the big screen. Playing Android games on the big screen was completely doable well before the OUYA came along, but the OUYA was promising something different that wasn't currently available. An all encompassed and convenient way for gamers to access their favorite games on a platform that had an intuitive and user friendly UI, while connected to the TV with a game remote. Once again this was technically doable with just a bluetooth gamepad, a micro USB to HDMI cable and your Android smartphone or tablet, but the OUYA was promising to bring it all together in one inclusive package, with not only games from the Play Store, but exclusive OUYA titles that wouldn't be found anywhere else.

The OUYA kickstarter came and went, and people couldn't wait to get their hands on the early bird kits. Then came launch day and some backers surprisingly were left without their units. The issues were eventually resolved and all seemed like it was moving forward with positive momentum. I was finally able to get a hold of my very own OUYA console and I couldn't wait to hook it up to the TV and begin playing. Powering it on for the first time was the best moment.(Fast forward months later when I got my PS4 and that moment was quickly replaced)I proceeded to sift through the library of available games and found there to be some really great titles. Just like was promised there were some actual AAA game titles on the platform. This is where the issue began for me, and probably many others like me. There wasn't enough games. The AAA titles were few and far between, and past that there was the occasional gem that would catch my attention.

OUYA's lack of popular game titles and an overwhelmingly large set of indie games that just seemed unpolished and had little to offer was a huge drawback of the console. The OUYA had many fine points that promised to put it on the map. It was small and portable, so it could easily be taken with you and used anywhere you were able to connect it into an HDMI port. It was also only $99 for the base model, and the controller was full sized, comfortable, and responsive. It even had decent enough power and performance behind it to play memory intensive games. Although this isn't always the case now since the policy change, back then you were even able to try games before you buy, as every game that was developed for the OUYA console was required to come with a free demo version for users. Even though developers aren't required to offer up a free demo any longer, this is just fine because gamers are already used to this and the developers should have the option to include or not include such a thing. The demos were just one of the awesome things about the OUYA when it was something you could absolutely get for every single game.

Besides the lack of games, OUYA versions of games that were available on other platforms like Android or iOS, seemed to cost more money. For seemingly no difference at all. A good example of this is the amazing little angled top down puzzle RPG, Ittle Dew. On Android this game was $4.99. On OUYA there was the free demo, and then a full purchase would cost you $12.99. The same game, but more than double the cost. The game itself is great, and a wonderfully crafted adaption of something that played out like Zelda: A Link To The Past. However it wasn't worth it to me to pay more then twice what it would cost me to buy and play it on Android. Final Fantasy III was the same way. The game was more expensive on OUYA then it was Android. Games you had already purchased on Android also weren't available on the OUYA. Having already purchased FF III long before the OUYA was launched, it would have been a nice addition to be allowed the game titles that you had already purchased through the Play Store as available downloads for the OUYA, since it ran on Android software. Ultimately it boils down to the smaller library of games available, but launch issues and the trouble of finding a console in the very beginning didn't help things. This isn't to say that the OUYA isn't a cool product, just simply that it isn't nearly the success that many had hoped or that even the company behind it had probably thought it would be. However, it has much potential. OUYA is rumored to be releasing a second generation console in the future, and they have already announced their OUYA Everywhere initiative that promises to bring the OUYA library of games to other platforms. There is plenty of promise here, and the OUYA console can only get better.