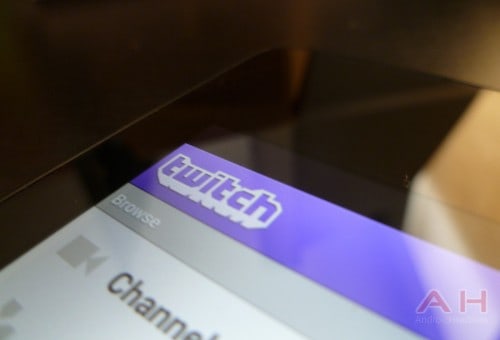 AT&T's deal to buy DIRECTV may not be the only deal struck between two major companies today. Google who is no stranger to buying up companies, is said to be having their YouTube division reaching the end of a deal with an agreement for the buyout of Twitch for a total of $1 Billion. Twitch is a popular game streaming service that lets users create accounts, log in, and stream their games as they play, as well as view others who stream. The site sees many gamers from your average day to day gamer streaming their play sessions to the pros, and even individuals who stream for a living letting the world watch as they play video games. Twitch has already been around for a few years as an evolution of justin.tv that has been around for 7, but has grown wildly popular over the last 12 to 18 months, and as of February of this year Twitch hit the 1 million monthly active broadcasters mark.

Gaming has been popular for quite some time but the growing trend of esports and online competitive gaming of games like League of Legends and Blizzard's Starcraft II has really helped launch Twitch into new heights. Twitch has a growing number of viewers, streamers, and overall monthly active users who come to the site to watch, stream, and talk about games, with access through the web and many apps across multiple platforms including Android and consoles. Since YouTube and Twitch both provide streaming services, it makes sense that YouTube might seek to expand it's own user base while digging their feet into the fast growing game streaming market. As of right now "Variety" says the announcement from Twitch and YouTube is imminent but at the moment the news of the possible acquisition for to the tune of $1 billion is all we have for now. We'll keep you posted as more news trickles out.