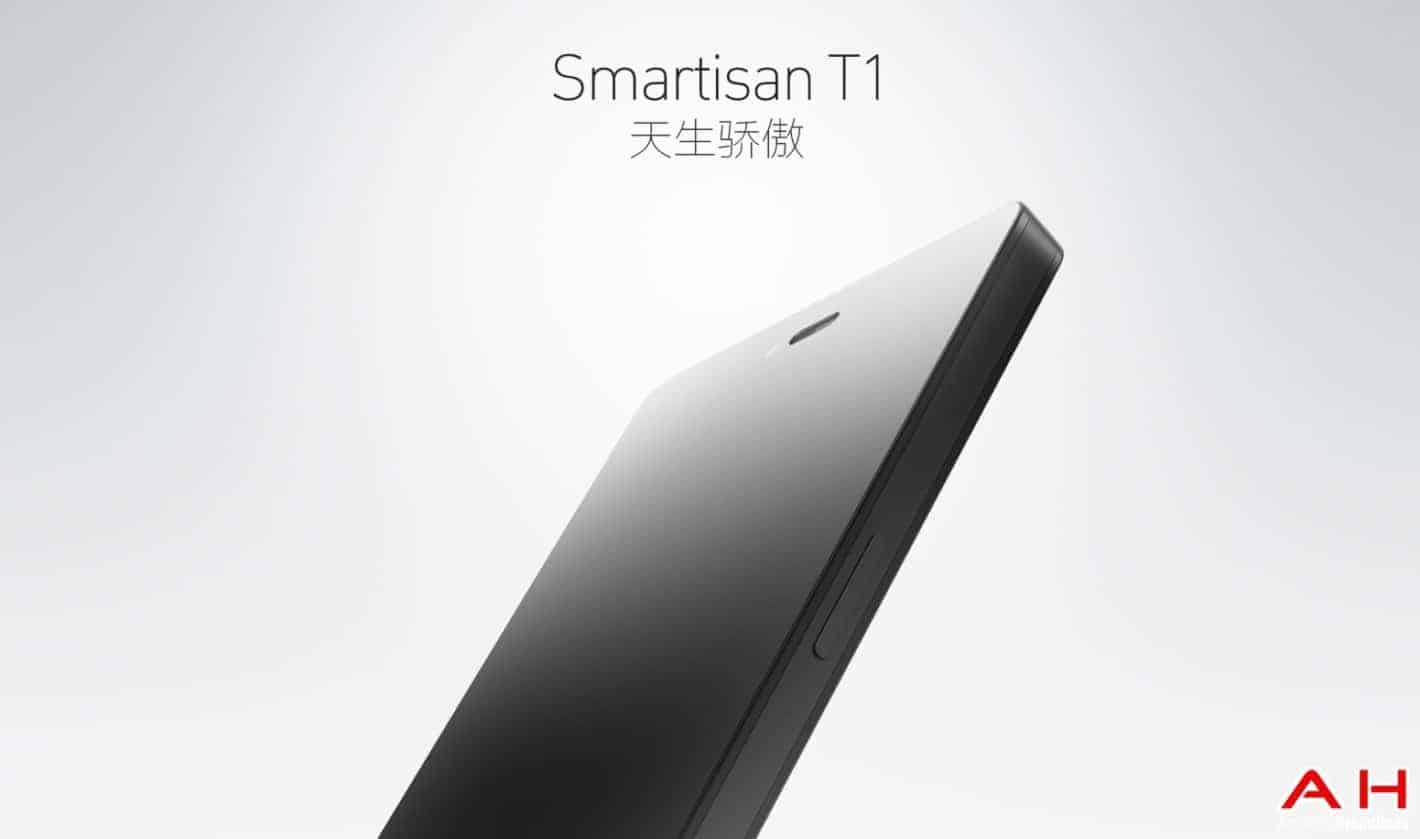 For those who are unaware, Smartisan is an Android based custom ROM firmware that could be considered similar to the likes of Cyanogenmod, Flyme, and Miui, and the company behind Smartisan has just announced the very first device to run on the Smartisan OS right out of the box. It's called the Smartisan T1 and it actually sounds like a fairly impressive device. The T1 will be powered by a Qualcomm Snapdragon 801 quad-core processor and an Adreno 330 GPU for all the devices graphics needs. It'll come with 2GB of RAM which still seems to be the standard and is plenty of memory to handle multitasking and games. For storage it will come with two available options, either 16GB or 32GB of space depending on the users needs.

What's different here from some of the devices that run Miui or Flyme, is that the Smartisan OS is actually based off of the newest version of Android. The Smartisan T1 will be based off of Android 4.4 Kit Kat so it should have all the latest software features like transparent status bar and so on. It will end up being compatible with both GSM and WCDMA networks, but sadly has no 4G LTE support. The Smartisan T1 is said to have an impressive camera, and will be sporting a Sony Exmore RS CMOS 12.78 MP sensor with Fujitsu Milbeaut Mobile, with f/2.0 aperture. For the front camera the Smartisan T1 is sporting a 5MP with f/2.4 aperture. The rear facing camera records video at 1080p and 30FPS, and the front facing camera shoots video at 720p and 30 FPS. It also supports Bluetooth 4.0 LE, NFC, miracast, GPS, WiFi 802.11 b/g/n/ac, and of course micro USB 2.0.

The screen is fully protected by Gorilla Glass 3 and has a 1920 x 1080 pixel resolution, with a size of 4.95-inches, which is slightly bigger than the Galaxy Nexus. The Smartisan T1 also seems to be taking a focus on delivering high quality audio, as Smartisan's founder Luo Yong Hao says the device supports Hi-Fi mode with an embedded OPA2604 Operational Amplifier chip from Texas Instruments. Once the device launches in China the cost will end up being RMB$3,500 for the 16GB model, and RMB$3,650 for the 32GB model. Those prices would reflect to roughly $562 and $586 in US dollars, So it seems that the device will be on the higher end when it comes to cost. Based off of the images, the phone looks pretty sleek to. If you think it has a rather Appley design though, that's because it was designed by an Ex Apple designer Robert Brunner, so that would explain the heavy iPhone design influences. Would you sport this device if it was made available in your region?