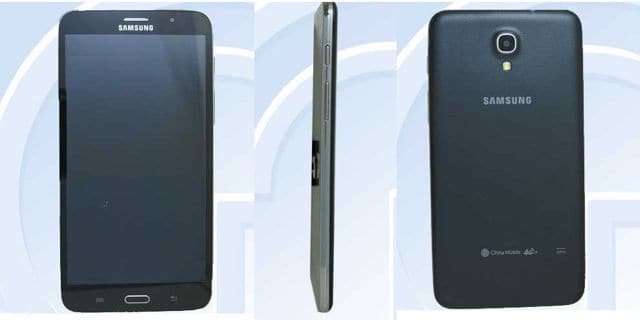 The Samsung’s line of smartphones with every screen dimensions you could probably think of in a single sitting.  That is exactly what the company prides itself on: giving as many options as possible.  The Samsung Galaxy Mega was no different, offering the biggest screen on any Samsung smartphone with a 6.3 inch display.  That was a huge device with average specifications (a 720p (1280 by 720) LCD panel, a dual-core Qualcomm Snapdragon 400 running at 1.7 Ghz, 8 GB of storage embedded, along with Samsung’s signature MicroSD card slot and removable back and battery), that was aimed at people that wanted to view media on a larger screen and didn’t need the best specifications inside.

The Samsung Galaxy Mega (and that’s the 6.3 inch one, because Samsung also released a 5.8 inch screen model at the same time, but that one never made it to the United States) was released in early June of 2013 to a customer group that didn’t know that this type of phone could exist in this age of ‘top of the line or nothing’.  Samsung is at it again with another device iteration upgrade, and it seems that this time it’s an updated Galaxy Mega, and this time, ‘mega’ is not as accurate as ‘huge’ but has a much better of a ring to it than the other.

The Samsung smartphone with the model number SM-T2558 has been noticed by many clever folk on the Internet on the Chinese regulatory site TENAA recently, and it seems like it’s a Mega in the best description of it.  This device is massive with a full 7 inch display. Yes, 7 inches. Next, it reportedly has a quad-core 1.2 Ghz processor, left without a manufacturer labeling, 8 GB of internal storage, a 720p display, and an 8-and-2 back-front camera arrangement, as is usual for some of Samsung’s lower-range devices.

How has this smartphone escaped after visiting the regulation of China’s TENAA? People were able to find the device which was recently listed and then noticed.  This device is the true definition of a phablet, even though that word is on its way out of verbal circulation.  The ‘Galaxy Mega 2’ as some have called this huge screen with a device strapped to the back, but it is reported by some that it will be released under the title of the ‘Galaxy W’.  Yes, for those of you in the know of the older devices from Samsung may recognize that the company already released something called the Galaxy W, back in Fall of 2011, with Gingerbread, Android version 2.3 inside.  This new ‘Galaxy W’ looks to have Android version 4.3, Jelly Bean, inside, instead of our favorite, Kit Kat, version 4.4.2.  Coverage will likely continue of this device, as people always love snooping on new devices, especially since Samsung produces so many devices each year.  Regardless, the device looks to be released under the Galaxy W moniker in South Korea later this year.