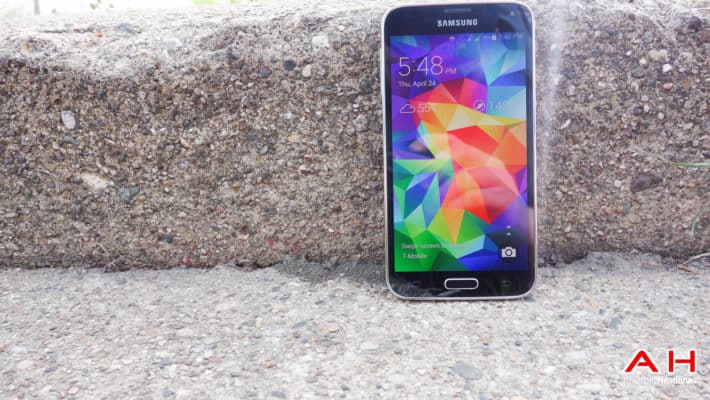 According to Evleaks, it looks like the Galaxy S5 Active is heading to at least two US carriers. That'd be AT&T and Sprint. Hopefully we'll see this on Verizon and T-Mobile as well though. The Galaxy S5 Active specs have leaked out lately, and we're looking at a 5.1-inch 1920×1080 resolution display, 2GB of RAM, Qualcomm Snapdragon 800 processor, 32GB of storage with a microSD card slot of course, 16MP camera on the back, 2MP front-facing shooter, and a 2800mAh battery inside.

Finally, the Galaxy Mega 2. Last year Samsung released the Galaxy Mega 5.8 and 6.3. The Galaxy Mega 6.3 was available on Sprint and AT&T. It was a pretty massive device – hence the name 'mega'. But it was good for what it was. We heard earlier this week that the Galaxy Mega 2 is going to have a 6-inch 720p display. And we'll likely see a Snapdragon 400 chipset inside with 2GB of RAM. It's basically a mid-range phablet from Samsung. Now we're hearing that the Samsung Galaxy Mega 2 is heading over to China.

One more thing. There's also mention of a new Gear product, with the model number SM-R382. It could be another fitness-oriented Gear wearable, but so far we have no information about the device. Hopefully we'll learn more soon, and that it's a slightly updated version of the Gear Fit. Which is a device that I absolutely loved.