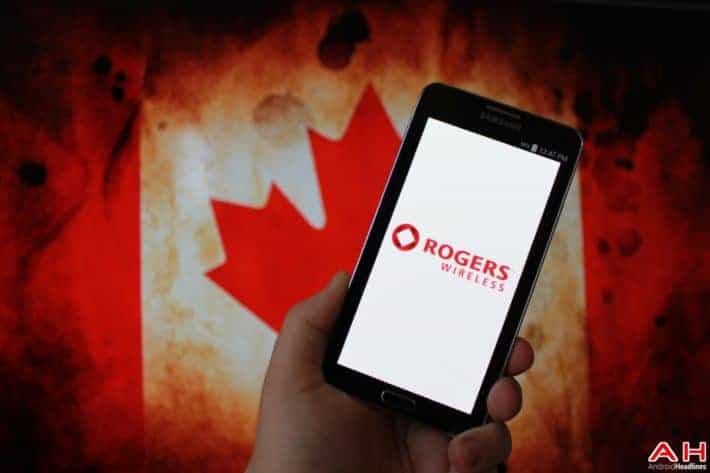 "Every day I marvel at what an amazing company Ted built.  The mix of assets, the culture of innovation and depth of employee pride is extraordinary.  But we've neglected our customers, and we've let our legacy of growth and innovation slip.  The plan I've laid out will significantly improve the experience for our customers and re-establish our growth by better leveraging our assets and consistently executing as One Rogers."

The new CEO means business, and today revealed his plan to restructure the company calling it "Rogers 3.0' – First to revamp management, second to fix customer service, and thirdly to kick start the company's slow growth.  This new plan was not conceived overnight. When he took over in December, he started traveling all over Canada and met with over 10,700 employees, as well as other leading companies and even hit up the political leaders, including the Prime Minister Stephen Harper.  He wanted to learn about Rogers from the inside out – wanting to know what they do well and what they do poorly, what to fix, and what to leave alone.  The results are his "Rogers 3.0," a plan that will be implement over the next two to three years. Mr. Laurence said in a statement:

"We've neglected our customers, and we've let our legacy of growth and innovation slip.  The plan I've laid out will significantly improve the experience for our customers and re-establish our growth by better leveraging our assets and consistently executing as One Rogers."

Mr. Laurence was the former head of Vodafone UK Ltd and was brought in to shake things up at Rogers.  There has been slower growth, a bad churn rate, and in the latest J.D. Power survey, Rogers was once again rated at the bottom in customer satisfaction and wants to make changes so that:

"All customer experience functions including customer care call centres, field operations, go-to-market and online channels will be brought together into one team reporting to the CEO."

Rogers recently signed a landmark $5.2 billion, 12-year deal securing the national broadcast and digital rights to the NHL games – it will be up to Laurence to take and make maximum advantage of that deal, something that will be very difficult according to other executives.

During this interview with the media, Laurence was not backing down from the daunting tasks before him.  He looked like a happy man on a mission and sees Rogers' past as being a pioneer in the industry, but he says that they are not "a company that intends to go backwards. This is a pioneering company, we believe in innovation."

Roger is more than just a wireless carrier – they have assets is many different areas, such as media, publishing, radio, home services, entertainment, and sports franchises – and Laurence wants them all under one roof…"One Rogers." He will be implementing his seven point plan, shown below: Be a strong Canadian growth company – Overhaul the Customer Experience – Drive meaningful growth in the business market – Invest in and develop our people – Deliver compelling content anywhere – Focus on innovation and network leadership – Go to market as One Rogers.

These plans always sound good from a podium – let us see over the next couple of years if he can really make a difference and turn Rogers around. 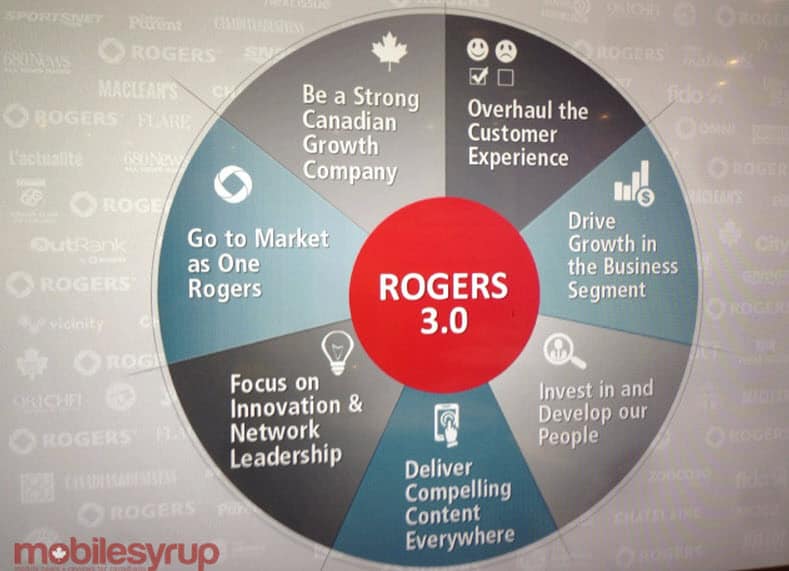