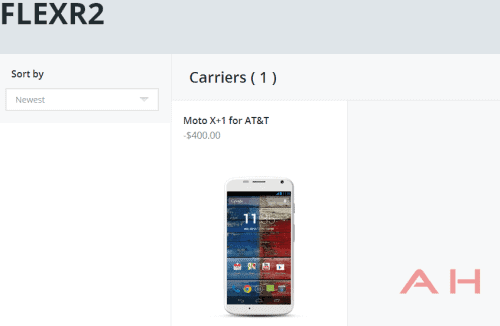 With the Moto X+1 rumored to be the Moto X successor and said to have an upcoming summer launch date, there's plenty of speculation going around about the device. Just last week on May 7th the Moto X+1 showed up on the Moto maker webpage for the second time, but once again was promptly taken off the page or the page just disappeared. We've already heard many rumors in regards to the phone, with the name first being outted by evleaks, and then followed up with some leaks on new textured backs for the Moto X+1 coming in leather and having four different color options for those leather backs. We may have a tiny little bit more information on the device today though. Of course it could also be nothing noteworthy.

While a user on reddit by the name of Octopenis was rooting around on the Motorola website recently(today)he seemed to have stumbled onto some interesting information found within the .XML code on the webpage. The strings of code are largely confusing and might look like nothing if you have never read or dealt with this type of stuff before, and I am one such person so I won't claim to know all the details about what most of it means. However I did read through some of it and was able to pick out minor details that could mean something significant or it could mean nothing. According to Octo's findings, references in the .XML code string talk about the device with three of the four major carriers listed, which include Verizon, AT&T, and Sprint. Throughout the entire page of .XML there is no mention of T-mobile, which could point to the lack of Moto Maker access for T-mobile in the beginning, but again who knows for now. It should be noted that all of the references within this .XML code that point to information about the MotoX+1 are referring to something called FLEXR 2, with the Moto X being internally referred to as FLEXR 1 you can see where it begins to appear like Motorola is gearing up to list the phone on the site in the near future.

There are multiple references with the FLEXR 2 tag in the code with bits about colors for the leather backs coming in red, blue, gray, and black, as well as links like this, "http://www.motorola.com/default/consumers/wood-FLEXR2/Bamboo/OP102062.html" which points to the wood backs that we know for the Moto X. Octo points out that copying and pasting each one of these links only jumps you to the main Motorola webpage so there's nothing to get too excited about just yet. If you want to go digging around in the site map yourself, you can find the links on the original reddit post from the link below.