Quite a few rumors and leaks have popped up in regards to the Xiaomi Mi3S, however we have yet to see any clear leaked image which shows off the complete device. In a previous leak coming over from China via Weibo, we had three images pertaining to the upcoming flagship. One of these is an older image which we saw earlier this week. This particular image had given insights into the Mi3S coming up with 3 GB of RAM and Android 4.4.2 Kit Kat.

The latest images – though of a very low quality – do manage to shed more light on the design philosophy of the Xiaomi Mi3S. The images show a largish device with metallic sides and rounded corners. The volume rocker and power button are present on the left hand side of the device, with three capacitative buttons on the lower bottom bezel. Previous rumors of the Xiaomi Mi3S have suggested that the device will carry along 4G LTE connectivity, an 8 mega pixels (MP) front-facing secondary camera for video calls and Selfies; as well as an all new design with narrower bezels. These leaked images show off the Mi3S in black and white colors, however the design somehow make it similar looking to upcoming LG and Huawei devices. It is rumored that the processor for the Mi3S is clocked at 2.5 GHz, which is pretty respectable, we have no confirmation as to its pedigree. However, if we base our speculation on the fantastic OnePlus One, we could see either the Qualcomm Snapdragon 801 or possibly even the Qualcomm Snapdragon 805 chipsets powering this device, but these are simply speculations.

If these rumors are correct,(keep in mind they are simply rumors at this point)the Mi3S could well be another fantastic device. However, we would keep our fingers crossed and ask you to take these images with a pinch of salt. The official device could be very different than what these images represent. Presently there is no confirmation as to when the Xiaomi Mi3S would be officially announced. What other specs would you like the Xiaomi Mi3S to boast of, shout it out in the comments below. 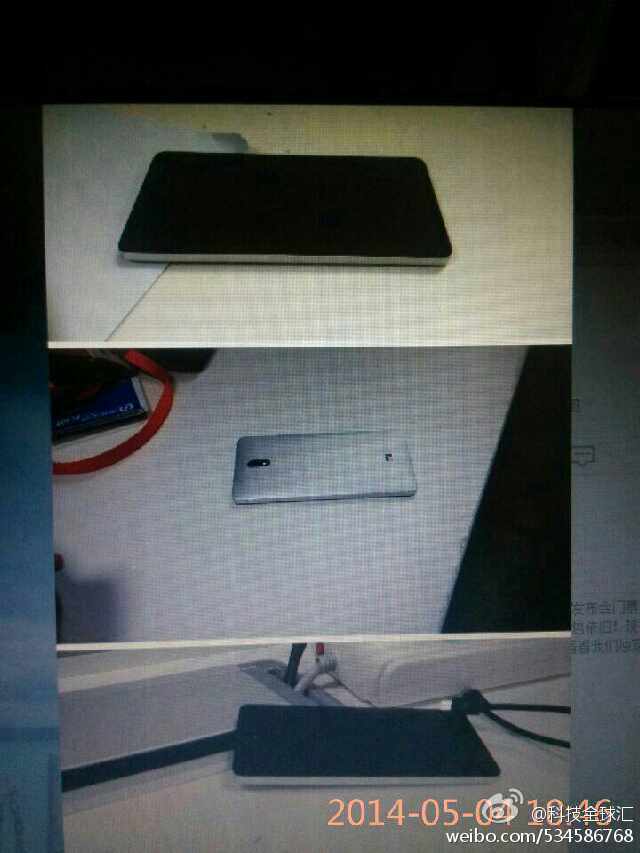