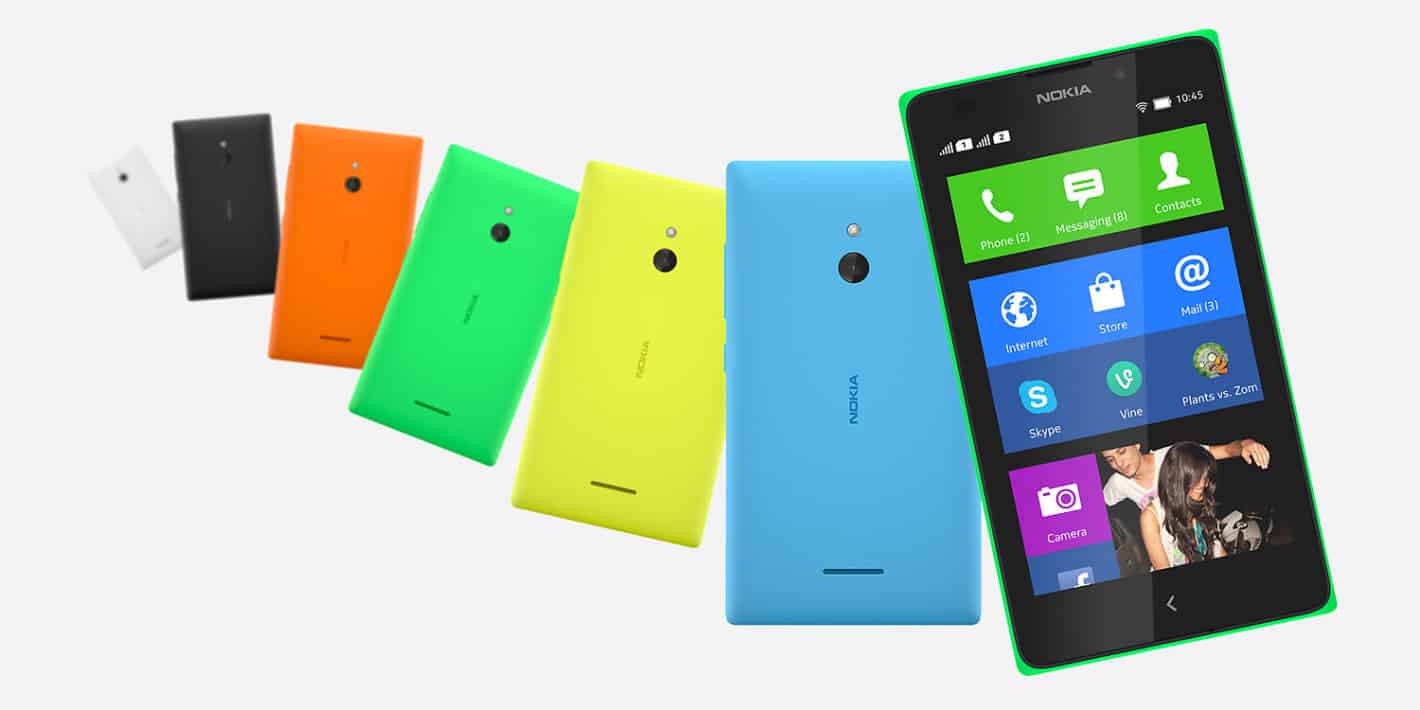 It was just the other week that Stephen Elop stated that Microsoft's Android phone was here to stay, and only a couple of months since the launch of Nokia's first Android powered phone, the Nokia X. Nokia have today announced that it's bigger brother, the Nokia XL is now available in APAC (Asia Pacific) and IMEA (India, Middle East & Africa) regions. Remember the initial excitement we all felt after first learning that Nokia were planning on manufacturing their first Android powered handsets, and then subsequent disappointment after learning that the handsets would be purely low-end, stripped of all the Google goodness? Well, its more of the same here, just with a bigger screen and 50% more memory than the Nokia X.

The Nokia XL features the same Snapdragon S4 dual-core processor, a boost in memory from 512MB to to a slightly less meagre 768MB, a 5-inch WVGA display with 800 x 480 resolution (still woeful), a 5MP rear-facing camera with the ubiquitous 2Mp front-facing camera on selfie and Skype duty, a 2000mAH battery, and just 4GB of internal storage. This is where we come to the Nokia XL's only standout features. Firstly, a Micro-SD card slot is included, which supports up to another 32GB of storage, and secondly, the Nokia boasts not one but two Micro-SIM slots. Which is admittedly extremely handy if you are juggling personal and business sim cards.  The Nokia XL runs on Nokia's fork of the Android system, and as such, is still based on the outdated AOSP (Android Open Source Project) JellyBean 4.1. from 2012. It's been asked before, but why didn't Nokia base its fork on Android version 4.4 KitKat which includes low-memory optimizations?

Instead of Google Services, Nokia XL users can expect to see Microsoft's proprietary apps pre-installed, with include Nokia's Here navigation app, along with the OneDrive  cloud storage app as part of their efforts to appeal to first-time smart phone users.

The Nokia XL is available from â‚¬109 ($151), which seems quite steep considering what you are getting. Since the Nokia X has seen a price cut to around $116, is the XL worth the extra cash worth just for a bigger display and a modest bump in memory? You wouldn't think so, especially when you consider some of the other budget Android devices, which offer much more vale-for-money. Still, if you are hell-bent on buying an Android powered Nokia, the XL is possibly the better option. What do you think? Do you think that the XL is a viable option when purchasing a budget handset? Would the lack of Google services deter you from looking at the XL seriously? Let us know in the comments or via our Google Plus page.