Evleaks is at it again. This time leaking out the LG G3, in black. It does have a case on it, but we can still see that it's a black LG G3. The design looks very similar to what we've seen in other leaks, with the volume rocker and power button on the back along with the camera and flash back there. There's also no buttons on the front, which leads us to believe that we're having on-screen navigation buttons once again. Which I'm a fan of. From other leaks of the LG G3, it appears that LG has gone with a metal or aluminum back, which is also supposedly removable. The front basically looks like a bit larger version of the G2, which isn't a surprise since this is going to be the successor to the LG G2.

I must say, I'm a big fan of the LG G3's design so far, even the white one looks pretty nice. I'm sure we'll see a gold one come out pretty soon as we've been seeing just about every OEM putting out a gold version of their device along with the black and white versions. How many of you are excited for May 27th and to see what LG has in store for us with the LG G3? I'm definitely excited, especially as a LG G2 owner. 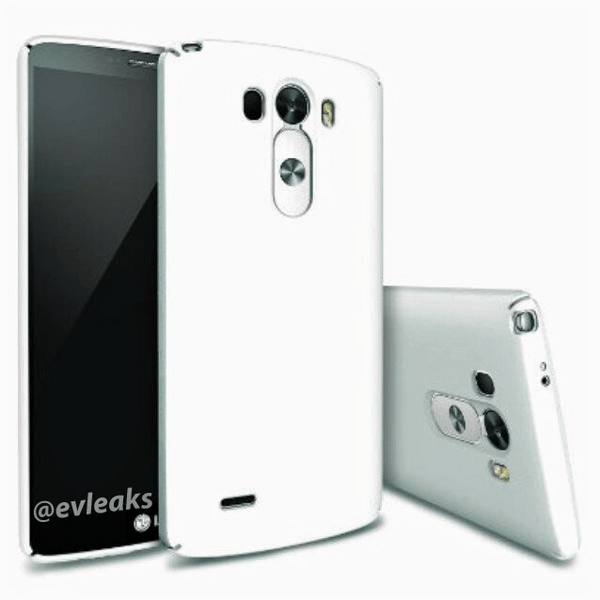 : Evleaks has just tweeted out the White version with the same case, have a look down below.

Sponsored Video
Advertisement
Trusted By Millions
Independent, Expert Android News You Can Trust, Since 2010
Publishing More Android Than Anyone Else
0
Today
129
This Week
287
This Month.
287
This Year
110477
All Time
Advertisement