Today LG has announced that they will be adding three more new tablets to their tablet line up. In addition to the already available LG G Pad 8.3 which has received mostly positive reviews, as people seemed to have mixed feelings on 8-inch tablets being the perfect size with some loving it and some hating it. LG was aware of this fact and realized that tablet buyers like to have choice in deciding which size tablets are right for them. This led them to develop and prepare three more tablet sizes, so that there can be a size for every taste.

Starting on May 13th at the MedPI 2014 in Monaco, LG will be set to unveil the LG G Pad 7.0, the LG G Pad 8.0, and the LG G Pad 10.1, bringing their G Pad line to four devices total which should do nicely for those who were interested in the G Pad but may have wanted either a smaller or larger size screen. With the G Pad 8.0 there isn't much size difference from the 8.3, but a newly refreshed tablet with a slightly smaller size will surely appeal to some. With a wider selection, LG should be setting themselves up to better compete with the likes of Apple and Samsung, who currently dominate the marketshare. President and CEO of the LG Electronics Mobile Communications Dr. Jong-seok Park, had stated that "Customers tell us that they want a wider range of devices that offer sizable screens without compromising portability". In today's market where people are increasingly more mobile on a day to day basis and with smartphone screens coming out in larger and larger sizes, it makes sense that the tablets screens should have just as much variety.

All three new tablets will have some of LG's proprietary UX features like Knock Code and QPair 2.0. However each tablet will likely cater to a specific group. The G Pad 7.0 was designed with one handed use in mind, so those who constantly use their device and like to hold it in one hand while keeping the other free will be able to do so, while those wanting to be somewhere in the middle would go for something like the G Pad 8.3 or the brand new G Pad 8.0. For people who want the absolute most immersive experience though might want to look into LG's newest and largest offering which will end up being the LG G Pad 10.1. As of right now LG hasn't released any official information on specs or hardware features of these newly announced devices, but they did specify that more details would be coming in the weeks ahead. We'll surely end up learning more MedPI 2014, but we wouldn't be surprised if LG kept some stuff a secret to keep consumers on the hook. 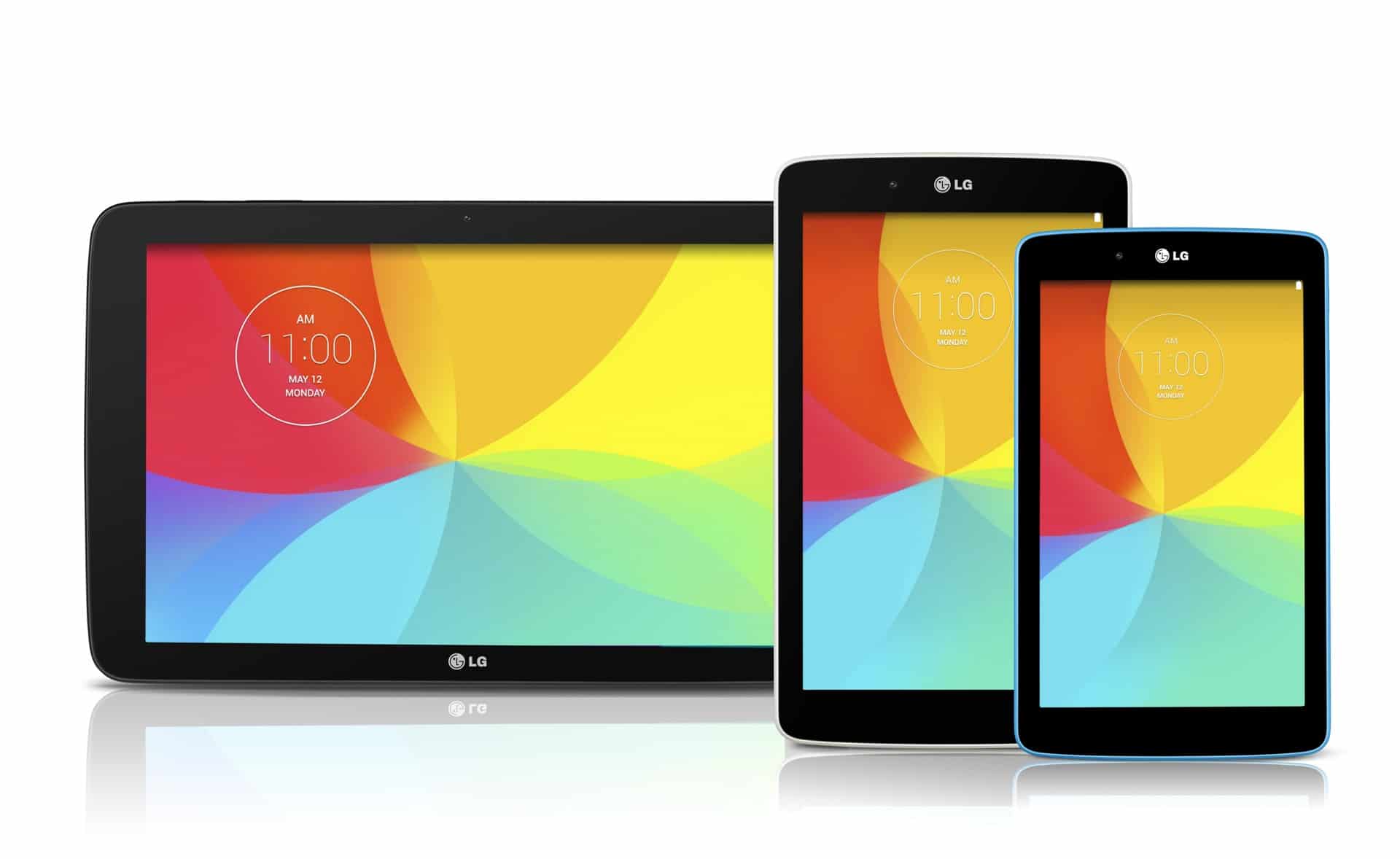