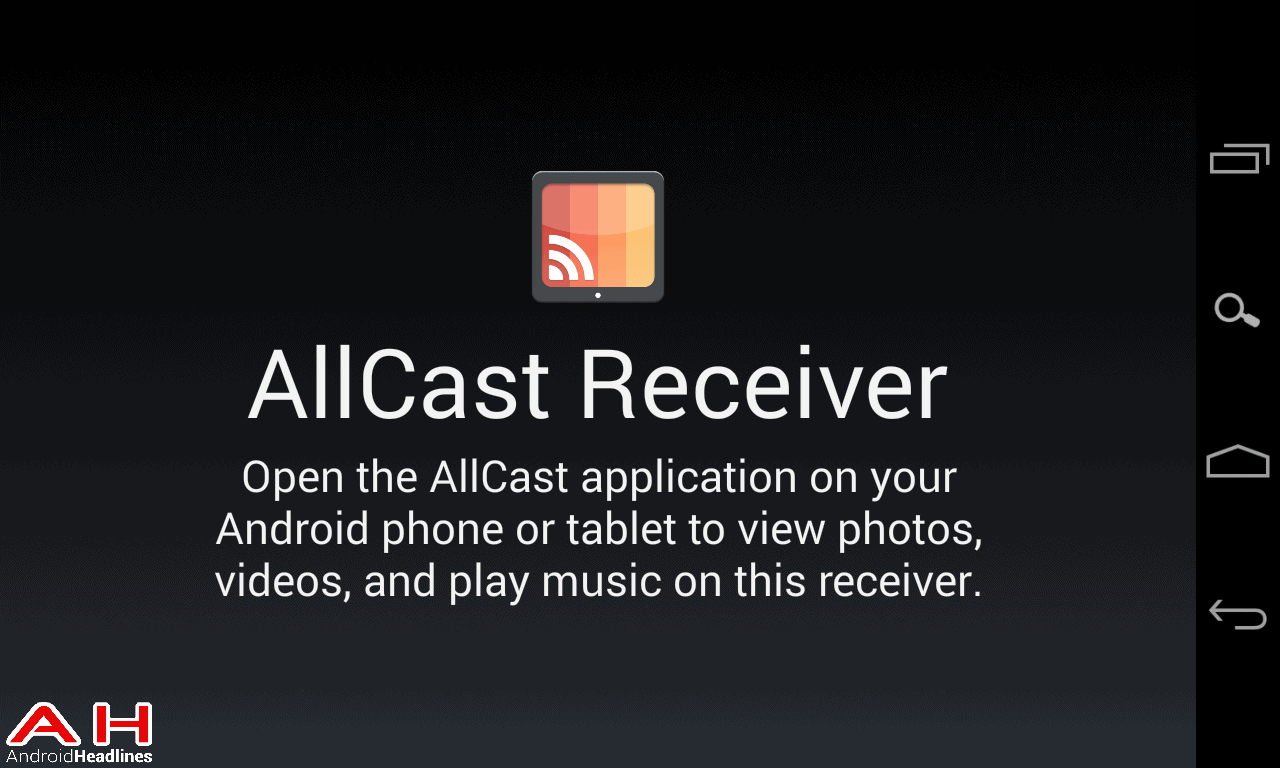 I love AllCast. I use it all the time, especially with the Show Box app that we discussed on last week's Android Headlines podcast. I bought the premium version because I wanted to be able to watch entire episodes of TV shows and full-length movies. AllCast currently works with a ton of devices, including ChromeCast, Apple TV, and Roku. If you didn't have a compatible device though, what were you supposed to do? Koushik Dutta has an answer for you, in the form of the recently released AllCast Receiver app.

AllCast Receiver allows you to turn any Android device running Android 4.1 or higher into a receiver for the AllCast streaming app. It's a two part system. On one end you'll have the AllCast app that sends video, photos, or music. On the other end, you can now use the AllCast Receiver by simply installing it on any Android compatible device. The potential for AllCast streaming is now open to just about everyone who has an Android smartphone, tablet, or other device in their life.

Koush initially released AllCast Receiver for the Amazon Fire TV, but now it's available for everyone. AllCast Receiver is free, as is the basic version of the AllCast streaming app. You'll need to fork over $4.99 to upgrade to the premium version of AllCast in order to stream more than 1 minute of video or photos. The basic version is really just there so you can test the app and make sure it works. As much as I use AllCast, it's well worth the $4.99 for me.

AllCast Receiver makes it really easy to share photos and video with anyone on your local network. You could take a video of your kids from outside and send it to your spouse, or snap photos of your friends at a party and send them to another group of friends on the other side of the house. So if you don't have a Chromecast, Roku, Google TV, or other compatible AllCast device, all you need is an Android smartphone, tablet, or other device that's running Android 4.1 or higher in order to use AllCast Receiver. The AllCast streaming app only needs Android 4.0+. Hit the link below and let us know how it works for you.