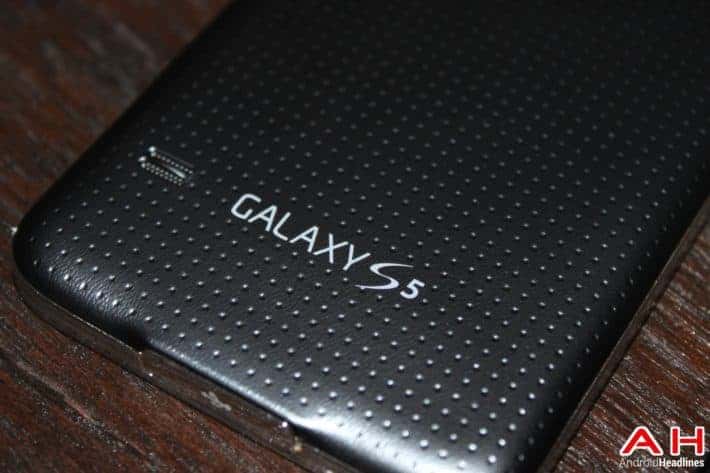 There sure seems to be a lot of Samsung news today, what with the Galaxy S5 Active heading to Sprint, as well as Amazon offering the standard Galaxy S5 on contract from Sprint for just $99. Continuing with the S5 theme, owners of the International S5 (SM-G900F) in the UK will be pleased to find out that a software update is currently rolling out. So far the update doesn't appear to include anything other than bugfixes and performance tweaks and optimizations, with the fingerprint scanner, gallery and camera apps receiving specific attention.

The fingerprint scanner has received a boost in accuracy, with reports that even one-handed use is more accurate than previously experienced. That will make all those one-handed PayPal transactions easier to complete. The camera wasn't exactly slow to start with, but the speed with which it opens is noticeably improved. which means less chance of the photo opportunity slipping by whilst you wait for the danged camera app to open. Last, as with previous Samsung devices, the gallery wasn't exactly the quickest around, this too has received some attention, and now opens much speedier. There have been some reports that the menus are a little slicker in opening, as well as an all-round performance and memory management improvements, but some of the 'better' performance will just be down to the firmware being refreshed.

The update is available via Samsung's Kies utility and is also rolling out via OTA. If you haven't received the OTA just yet, don't despair, OTA updates usually take a while to get round to everyone. If you are the impatient sort, you can always download the firmware and flash with the Odin utility, just follow the source link to get to the download. If you are planning to update manually, please be sure that your S5 is the correct model before continuing. The firmware details are below.

Whichever method you use to update your Galaxy S5 , let us know of any new features, tweaks or problems in the comments or at our Google Plus page.