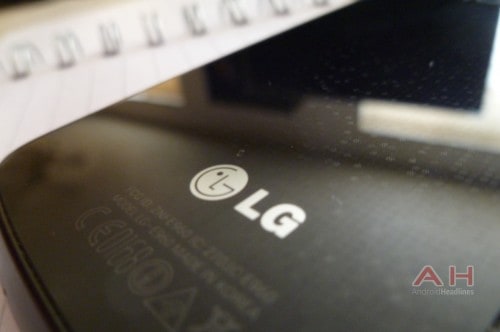 We're getting ever closer to seeing the LG G3 in all its glory but at this point it might be hard to visualize just how big the phone's screens is compared to some of our favorites that have released so far this year. Those favorites might be better described as rivals to LG's upcoming flagship, the Samsung Galaxy S5 and the HTC One M8. Both of those phones have decently sized displays and are a touch bigger than their predecessors from last year. LG is taking the same approach and is increasing the size of the display on the G3 from what it was on the G2, with a whopping 5.5-inch QHD display. Think that sounds rather large? Us too, and that's because it is when you compare it to the S5 and the M8. This gives the G3 more of a phablet sized screen but just how big is it really?

Thanks this mock-up from Android Police, we can grasp the idea of  what we'd be looking at if we placed the Galaxy S5, the One M8 and the G3 side by side to compare the sizes. This was possible to do because of the dimensions of the device that were leaked out earlier. The first couple of things you might notice when looking at the mock-up image is that the LG G3 has smaller bezels than the other two devices. We could already kind of suspect this due to earlier leaked images we've seen. You can also tell that although the LG G3 is just a tiny bit shorter than the HTC One M8, is still makes better use of the room that it has on the front face of the phone. LG is utilizing as much of the front panel as they can to deliver a bigger screen size.

Does size really matter? That's all relative to the user of course and for me personally I'd say this as large as I may want to go for a phone. Any bigger and it would become too difficult to use with one hand which I often like to do. Now that we know the actual dimensions of the device, is the LG G3 too big for you or is it just right? I'm envisioning Goldilocks in a post modern fairy tale that swaps out the three bears for the three devices mentioned here. 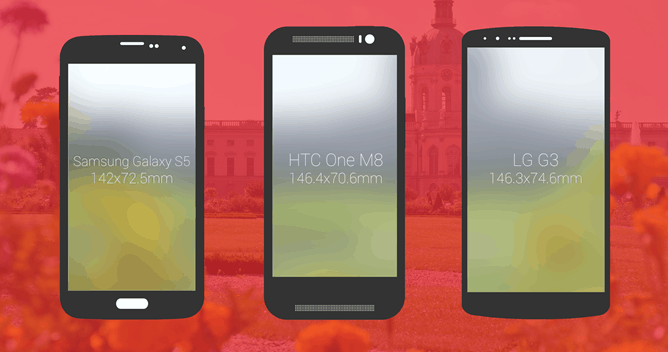