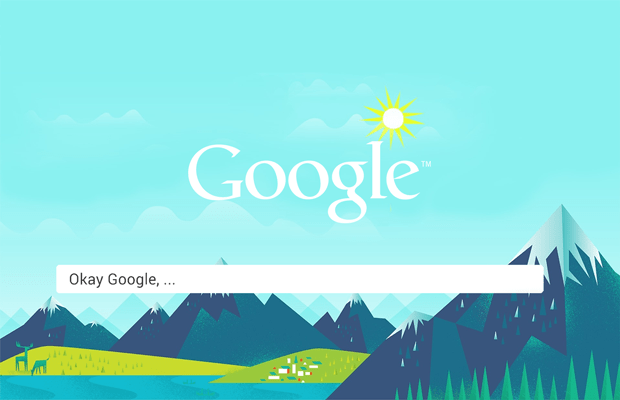 Google is always finding more fun and useful ways to enhance the Google Now feature, allowing us to incorporate it into the things we do daily and helping us do them easier. Just recently Google Now ended up with new features that could tell you where you parked your car, and yesterday Google Now was updated to show you what stores you can find inside malls when you visit them. Those are great features, but Google Now requires a data connection to work and we don't always have one. That's why Google has introduced a new feature of Google Now that allows you to see what's inside of your Google Now feed when and if you lose your connection to the network. Here's the rundown on how it works.

Essentially, Google knows that every once in a while users will be without a data connection. Perhaps you didn't have enough time to check the cards you opened up Google Now for in the first place. Never fear, because after today's Google Search app update, Google Now will be able to save cards that have been loaded into it if you lose a connection, this way you can go back and check them later if you need to. Even though this isn't essentially a new card that provides a new functionality within Google Now like when it gained the ability to show you cards that had package tracking information, it still comes in useful and we'd wager that people will be having the need for it more often than suspected.

Along with the update you will be able to see what time you lost your data connection above all of your currently loaded cards, which at least will give you some idea of how long you have been without any data. The update is rolling out to users today and shouldn't be long before you see this function live on your device. We see this as sort of an offline mode for Google Now, which isn't surprising in the slightest as plenty of other Google apps and services have a way to interact with them while no connection is available. Have you ever been without a connection when you re-opened Google Now to check a card? 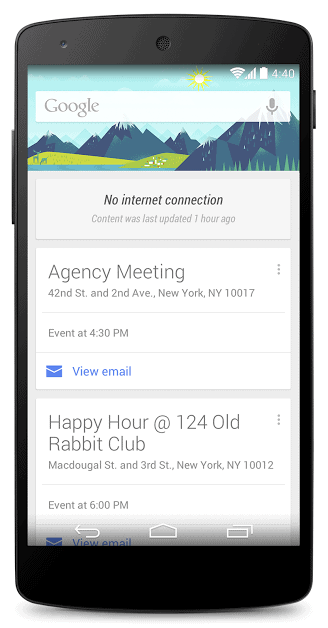