It's not often that we review low-end devices like the Optimus F3, but when we get the opportunity to do so, we do it. Because not everyone wants or can afford a $700 flagship device, and for some people a $129 smartphone is plenty of smartphone for them. So today, we're looking at the Optimus F3. Which is a 4-inch device, and to most people it's a low-end device. It's available on MetroPCS, Boost Mobile and Sprint. We have the Boost Mobile variant here, which is available for $129. That's without a contract as well. Since Boost is a prepaid carrier. Here are the specs we are taking a look at here:

So as you can see, definitely not a top of the line device here. But for $129, it's hard to say no to it. Now let's jump into the full review.

Let's keep in mind in this section that this is a $129 phone, and that's full retail price. So we can't really compare it to the Galaxy S5 or the HTC One M8. But as far as hardware goes, I was kind of impressed with this little guy. Obviously I'm used to a larger device – the LG G2 is my daily driver – which made it more difficult to type messages and such on the device. You can also see pixels on the display. Which takes you back a few years, back when we had 800×480 and 960×540 resolution displays on our phones. But because it is an IPS panel, it's nice and bright and readable which is definitely important.

As far as performance goes, the Snapdragon 400 is a beast. Now obviously we can't compare it to the Snapdragon 800 or 801, but compared to some of the MediaTek processors I've used in various Acer, ASUS and Lenovo tablets, it can definitely hold it's own. It is a 1.2GHz dual-core processor, so it's not the fastest device in the world. But I did not notice any lag. Even with the 1GB of RAM inside, I had no issues running various apps. But having said that, I haven't installed many apps since it only has 4GB of space. I basically installed AnTuTu X, Twitter, Instagram and Swiftkey. That's it, literally, and I have about 361MB left for space. You get a total of 1.24GB though, but a lot of that is pre-installed apps and such.

The build quality on this device definitely won't compare to the HTC One M8, I mean that's comparing apples to oranges. I will say it does feel a bit cheap, especially on the back. But it is light and it does feel solid, which are plusses in my book. The back cover does come off, which shows the removable battery, microSD card tray and microSIM card tray. Now you do also have the menu button, and back button as capacitive keys and a physical home button. Now the home button reminds me of the LG Optimus G Pro's home button. Where the notification light is built into the home button. That was by far my favorite feature of the Optimus G Pro. 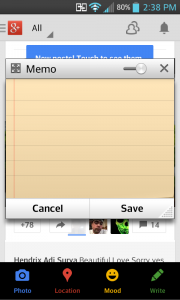 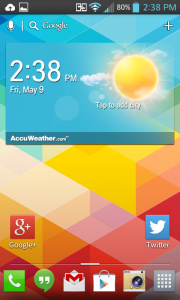 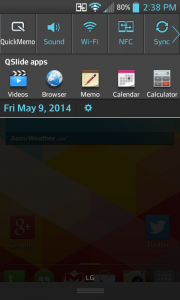 There's not much to say on the software side, as it's the same Optimus UI that we had on the LG G2, and other recent LG devices. Although it is running Android 4.1, so there is still that hideous blue color for the status bar icons. It's no secret that I'm not a fan of that color. Let's start on the homescreen. You have the usual LG Launcher which is a bit different when compared to the LG G2. It does have the persistent Google Search bar at the top, along with the Accuweather widget – which can be removed. Long-press on the home screen and you can jump into widgets, wallpapers, and app shortcuts. Which you can also grab widgets from the App Drawer. Speaking of the App Drawer, you can do a 5×6 or a 4×5 app drawer. I stuck to a 5×6 app drawer just because i like to see more apps on one page.

As far as pre-installed apps go, we're looking at Application manager, Backup, Fileshare, Dropbox, LG Tag+, MobileID, Qualcomm Enhanced, Quick Translator, SmartShare, and Voicemail. So there's literally only one Sprint aka Boost Mobile app pre-installed on here. Which is the Visual Voicemail, and that's kind of needed. In the notification panel you have your toggles at the top, followed by the QSlide apps, unlike on the LG G2, I haven't found a way to hide the QSlide apps section though. But it's still a bit less cluttered than the LG G2's notification drawer. So you can still open apps on top of other ones, using QSlide, which is nice to see on the Optimus F3.

Although there is no Knock Code just yet. LG is looking to bring that to all of their devices, even the low-end stuff. But it's not quite here on the LG Optimus F3 just yet. But then again it's also about 3 versions of Android behind.

Since the Optimus F3 features a 2460mAh battery inside, along with a 4-inch 800×480 resolution display, we expected great battery life. I mean that's bigger than the Moto X's battery. We were able to get about 3 hours on screen time with about 18-20 hours total use. Which is pretty good, especially for a low-end device like this. It shows that LG is serious about battery life, even in their low end devices. 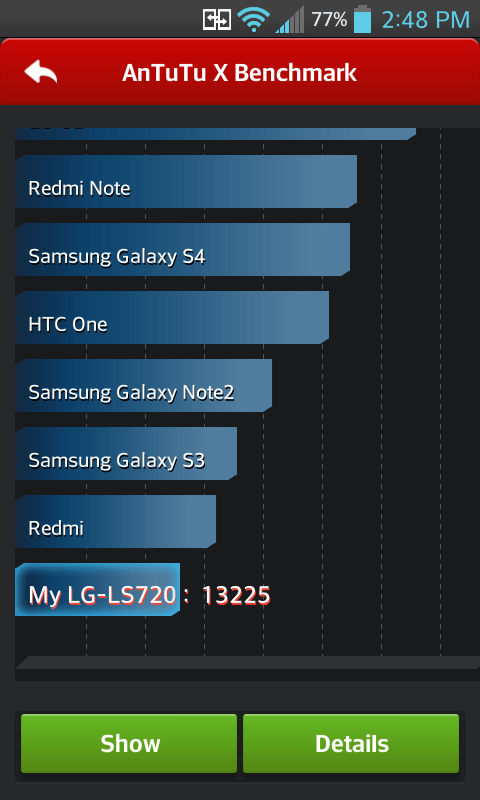 As usual, you can see our AnTuTu X benchmark results above. 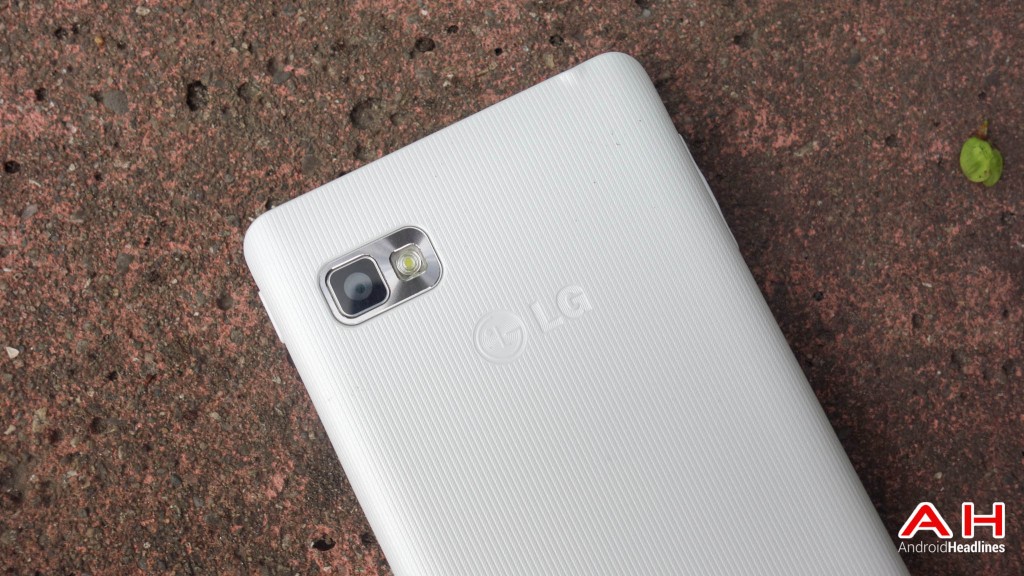 The Optimus F3 features a 5MP camera which isn't the best camera out there, but it also isn't the worst. We've got some shots from the camera in the gallery down below for those interested.

Obviously the Optimus F3 isn't for everyone. After all it is a low-end device from LG that's available on a slew of prepaid carriers in the US. It's for those that just need a phone that works, and that's all. Which the Optimus F3 does that. It's also only $129, which is a crazy low price for a phone these days, especially a smartphone. I will say though, I was really impressed with the LG Optimus F3, and would recommend it to a few people that don't need the latest flagship device, and are on Boost Mobile, Sprint or Metro PCS.

The LG Optimus F3 is available on Amazon.