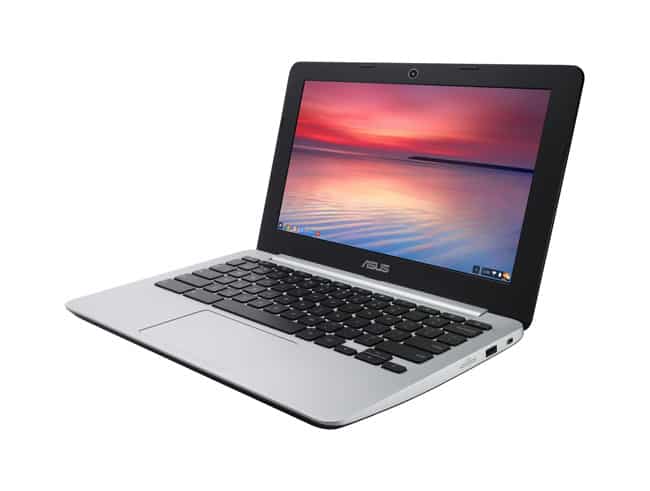 We're big fans of Chromebooks here at Android Headlines, not only are they crazy affordable, but if you deeply rely on Google services then they're excellent second machines. In fact, I'm writing this very article on a Chromebook right now! I might be one of those bizarre folk who use a Chromebook pretty much all day long, but they're perhaps best suited as second machines (depending on your use cases of course). ASUS recently threw their hat into the Chromebook game with the C200 and C300, 11.6-inch and 13.3-inch laptops, respectively. Running Intel's Bay Trail architecture, these pair of Chromebooks have great battery life and offer very respectable performance for just $249, each.

It'd appear that ASUS is to charge the same price for both machines, which is a strange move, but it sort of makes sense when you think about it. The internals are exactly the same and they both have a 1366 x 768 display resolution. On the inside, there's a Celeron N2830 clocked at 2.4 Ghz, 2GB of RAM and 16GB of internal storage. While these won't outclass the Haswell-based devices like HP's Chromebook 14 or Acer's C720 despite the higher clock speed, they offer an excellent middleground between x86-based Chromebooks and ARM-based ones.

Both the C200 and C300 feature HDMI-out, a USB 2.0 and USB 3.0 port, 3.5mm combo-jack and an SD card slot. While pretty basic machines, these ASUS Chromebooks have a lot to offer those looking for a portable machine with excellent battery life – rated for around 10 hours – and the C200 is available to pre-order from Amazon, although it won't start shipping until June 26th. It looks like it's just the black version up on Amazon right now, but we're sure the more colorful options will appear in due course. Let us know in the comments if a Chromebook is something you've been looking at.