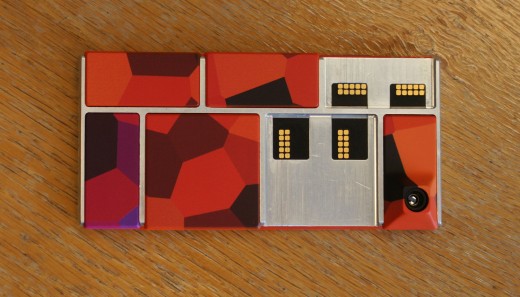 Google unveiled more details about Project Ara yesterday at the Project Ara developer's conference. Google streamed the first day, although the video recap isn't available yet. There's a lot of moving pieces to the project, no pun intended. If you're not familiar with that Project Ara is all about, you can read more about it here and here. There was a bunch of new information made available yesterday. What did we find out? Here are the top 10 things you need to know about Project Ara.

1)  Project Ara is still in the pre-prototype phase.  The team is planning to unveil a working prototype in September of this year, but the current model being shown off is just that, a non-working model. The team plans on having things in place to make working units available next January.

2)  January is the earliest that developers could see early beta hardware available. We probably aren't looking at a public release until later in 2015.

3)  Entry-level devices are expected to be sold for pretty cheap. The basic Grey Phone is only supposed to cost $50 to manufacture. Google is working on a high-end version that will cost about $500 to produce. Google's partners will determine actual retail cost once devices are made public.

4)  For developers and manufactures, this project is a game changer. Project Ara will put mobile device upgrades on the same level as desktop PC upgrades in terms of accessibility and cost. It will actually be easier to upgrade your phone, piece by piece. Devs and OEMs simply have to jump on board and manufacture what Google is creating.

5)  Project Ara smartphones will come in different sizes. The current version being shown off is a mid-sized device. Google is planning a mini and large version of the phone. The mini version is already outlined in the available MDK. Think HTC One, One Mini, and One Max here. A mid-range device, a mini device, and a phablet-sized phone.

6)  The modules themselves will snap into the phone's frame. Google is calling this frame Endo, as in endoskeleton. The Project Ara team is using a new technology called electropermanent magnet to hold the modules in place. Electropermanent magnets don't require any power and allow the modules to be held firmly in place. Developers, using the MDK that Google has released, will make the modules. Each component of your smartphone will be represented, from the camera, to the processor, to the battery, to all the radios and sensors. A shell to fit over the Endo frame and modules can be 3D printed and is fully customizable.

7)  The modules will be available through a special Project Ara site that Google is going to maintain. The modules can be purchased just like an app you buy from the Play Store. Google is working on the best method to let users build their phone, and is looking at an app that demos the functionality as well as physical kiosks that would allow you to try before you buy.

8)  The modules can also be multi-functional. Each module will support whatever features the developer wants to put in to it. That means that your processor module could house a small back up battery, or each module could contain a battery to power itself. As long as it fits within the module guidelines, the sky is the limit.

9)  The Android OS itself will have to be updated to support the Project Ara hardware. Google is going to be updating Android in the early part of 2015 to add this necessary support.

10)  Project Ara is going to change the way the world thinks about smartphones. Your Project Ara device will last as long as five or six years. If a component wears out or breaks, you can simply upgrade that piece. You can also upgrade just the camera or just the processor, or whatever module you want, when you need it.

Project Ara is happening. It's more than just a crazy Google Moonshot that may never see the light of day. As developers get on board, prices will drop, and the smartphone landscape will change completely. What excites you most about Project Ara?