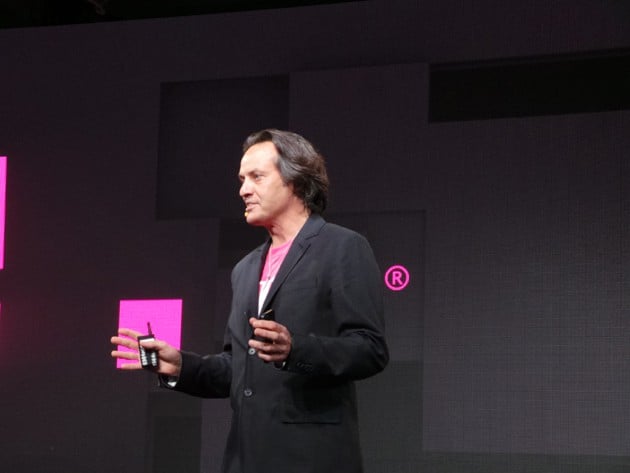 Sprint announced their Framily plans back in January at CES. Which is actually a pretty innovative plan. It’s kind of like a family plan except everyone gets billed individually and you can add up to 10 people on your Framily plan. Additionally, the more people you add, the more your bill drops. So it’s a bit confusing to explain to people but once they understand how it works, it’s actually a pretty cool plan. Especially if you know a lot of your friends and family are on Sprint. Last night, Sprint announced that they will pay up to $650 for your friends and family to leave a carrier and come to Sprint and join the Framily plans. Of course this got John Legere’s brain going thinking that it sounded familiar.

It’s not really out of Legere’s character to bash Sprint, which he has been doing for months about their Framily plan. Saying how Sprint can’t spell and stuff like that. But now he’s going after them paying off ETFs for a few weeks. Here’s his latest tweet on the subject – I’ll admit I got a laugh out of the hashtags:

Hey @Sprint– Paying off ETFs 2 get people 2 switch is a great idea (I should know) but for just a couple wks? That’s #FruckedUp #Cheapskates

I do like how Legere played Sprint’s game on the first hashtag there, #FruckedUp. Because Sprint likes to say Framily a lot. So it’s a bit funny, but then again maybe Legere should be working on his network a bit more? Now if any of you have been following me for a few months, you’ll know I’m a big T-Mobile fan. But I’m also the first to admit that their network isn’t the best everywhere, and that Legere does go over the line sometimes with his antics. But he is doing good things over at T-Mobile, this time last year, we had only a handful of LTE markets, and still had contracts. Now look at us, Contract-free – sort of – and we can upgrade every 6 months. Plus we have LTE in a lot of markets now. I know Legere and T-Mobile say they cover 400 million Americans, but I don’t really believe that. That’s close to Verizon’s number.