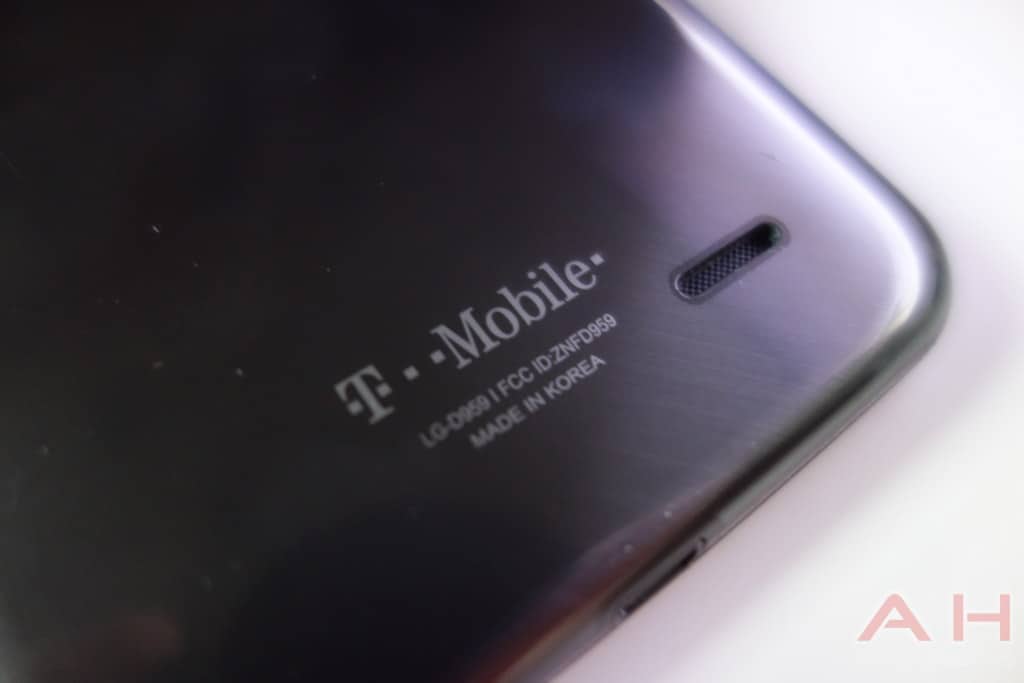 T-Mobile started this thing this week where they are doing 3 days of uncarrier announcements. Yesterday, they announced their new $40 Simple Starter plan, which is going live on Saturday, April 12th. On day 2, today, it's all about tablets. They are announcing that LTE versions of tablets will be the same price as the WiFi versions. Which is pretty crazy, and may actually tempt me into getting an LTE tablet. Additionally, T-Mobile is announcing more free data. Late last year they announced that you'd get 200MB of high-speed data on tablets for life. Which 200MB might not sound like a lot, but since it's free, it's hard to complain. However that's changing. Today, T-Mobile announced that anyone activating a new LTE tablet on their network will get 1.2GB of data for free each month for the rest of the year.

These two tablet announcements are pretty great, if I do say so myself. I mean imagine getting the Nexus 7 LTE for $269 which is the cost of the 32GB WiFi model, instead of the $349 price tag that's on the LTE model. That's a pretty big savings, especially if you're not getting a plan from T-Mobile and jus sticking with the free data. You can check out the full press release down below.

Day 2 of 3: T-Mobile Unleashes You to Experience Tablets Beyond the Wi-Fi Zone-For Free

T-Mobile becomes the only major national carrier or retailer offering LTE tablets for the price of Wi-Fi-only models. And now get free data through 2014 when you add tablets to your voice plans.

BELLEVUE, Wash. – April 10, 2014 -T-Mobile US, Inc. (NYSE: TMUS) has revealed the second in a series of rapid-fire initiatives designed to advance the Un-carrier consumer revolution on multiple fronts. The company today launched Operation Tablet Freedom, a program that lets you add a tablet to your postpaid voice plan for free. Beginning April 12th, customers can get nearly 1.2 GB of free 4G LTE data every month through 2014 on America's fastest nationwide LTE network.

With the announcement, T-Mobile said the company is launching a full-on assault against the restrictions and pain points that keep tablet owners from experiencing life beyond the Wi-Fi zone. First, cellular-enabled 4G LTE tablets are more expensive than Wi-Fi-only models. Second, even if you've put down the extra money for that cellular-enabled tablet, committing to a long-term data plan for it can be pretty intimidating. And, finally, most people with tablets are stuck with their old Wi-Fi only model, and those who do have cellular models are often stuck in overpriced carrier contracts.

"With this announcement, T-Mobile's launching a full-on assault against the restrictions and pain points that keep tablet owners from experiencing life beyond the Wi-Fi zone," Said John Legere, president and CEO of T-Mobile. "The Un-carrier is all about solving pain points, and today we're eliminating every reason to be stuck on an unconnected Wi-Fi-only tablet. There's no longer any need to limit the use of your tablet because you're intimidated by Big Blue, Bad Red or Bumbling Yellow. "

"Starting right now, you can live life beyond the Wi-Fi zone and stay connected. Use your tablet virtually anywhere, anytime you want without fear," said Mike Sievert, Chief Marketing Officer for T-Mobile. "In an era when tablets are outselling PC's, this new 4G LTE tablet offer at Wi-Fi only prices, coupled with nearly 1.2GB data for the rest of this year, we're removing every reason that would keep you from getting your first tablet or trading in your old one right now at T-Mobile."

Today the vast majority of American tablet owners are stuck on Wi-Fi or stuck in carrier contracts. That's about to change.

If you're stuck in a contract with your old carrier, the Un-carrier will pay every penny of your early termination fees (ETFs) when you make the switch to T-Mobile. Just bring in your tablets to receive an instant credit based on their value. Then purchase any tablet at the new lower same-as-Wi-Fi prices. Customers may even qualify for zero down financing with 24 monthly payments. After receiving the final bill from your old carrier showing your ETFs, just mail it in or upload it to www.switch2tmobile.com. T-Mobile then sends an additional payment covering every last penny of those fees.

And, for both new and existing customers, T-Mobile is offering $10 off its most popular internet data plans starting April 12th through the end of 2014. For voice customers, what that means is you can get up to 1GB of 4G LTE data free every month through the end of the year. Combined with the 200 MB of free data you already automatically get every month with T-Mobile's previously announced "Free Data for Life" offer that comes to nearly 1.2GB of free 4G LTE data every month through the end of 2014. If you love living beyond the Wi-Fi zone – and want to keep enjoying that tablet freedom beyond 2014 – you can get it starting at just $10 a month with voice service next year.

And whether you are an individual or small business customer, you can take advantage of all of the above plus enjoy all the benefits of our Simple Choice plan with no annual service contracts, no overage charges while on T-Mobile's lightning fast network, no upgrade hassles with T-Mobile's revolutionary JUMP!(TM) program, and with "the world as your network at no extra charge".

For more information on what the Un-carrier has been up to lately, check out President and CEO of T-Mobile, John Legere's recent blog posted today.

Limited time offer. Taxes & fees addit'l. Fastest LTE network based on download speeds. Wi-Fi tablet comparison based on manufacturer's suggested retail price. Up to 3 tablets per account. Qualifying service & device purchase with port-in required for ETF payment. 200 MB free data avail. every 30 days for as long as you own and use registered device with T-Mobile. No roaming. Qualifying postpaid voice and mobile Internet service required for free 1GB of data. See T-Mobile.com for specific offer and service details