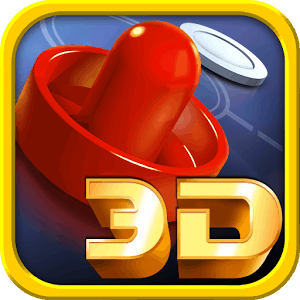 Description: Air Hockey 3D is a game for Android that aims to capture the addictive fun of playing Air Hockey at the local arcade or movie theater. It features 3D graphics, a variety of different table designs and touch controls in order to recreate the same sort of gameplay you might get when playing on a real Air Hockey table. There are a variety of options you can choose from and you can even play with someone else, with each of you controlling one side of the display. Playing against the computer can be fun as well, with varying levels of difficulty, ranging from pleasant to extremely difficult. Read on to see how we liked Air Hockey 3D. Take a look at the trailer below for a taste.

How it Works: First of all, you'd need to download Air Hockey 3D from the Play Store before you can play. Once done, you can adjust your settings and then start a game. 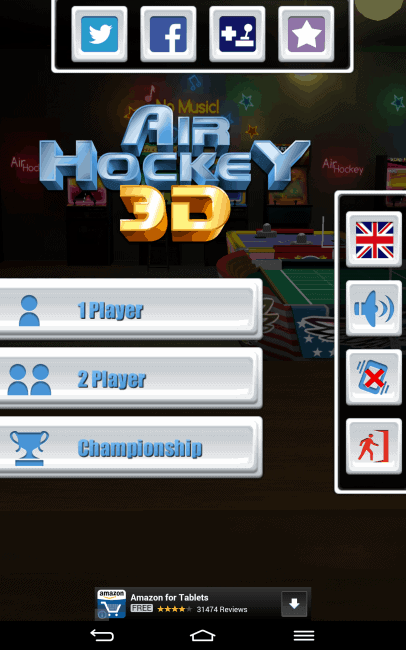 I've been playing against the computer on a low difficulty level in order to ease myself into the game. When playing, you'll need to touch near your paddle, and then you'll see it hover above your fingertip, simply play with your finger as you would in real life. 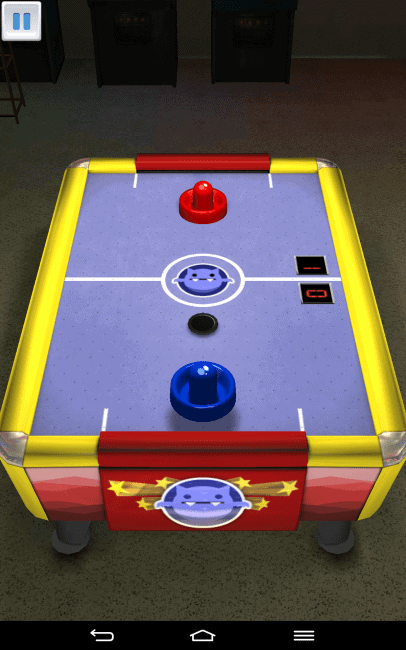 Playing the game is actually quite simple, however it does take a little getting used to, and if you're going to play with someone else, it's a much better idea to do so on a larger Android tablet. You can select from a number of different table designs as well. 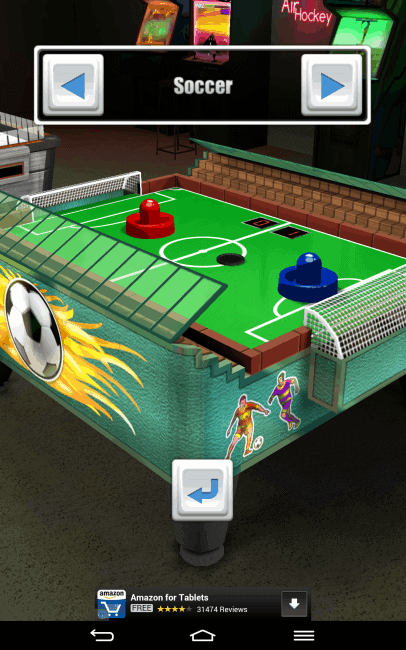 At the end of each game, you'll be shown how you'e done and given the option to call a rematch. 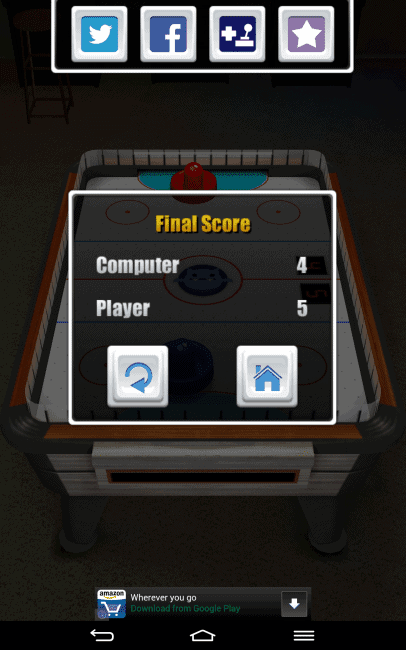 For those feeling a little more confident about their skills, the Championship mode is a great way to test your skills, both alone and with others. You can create a championship with completely custom teams and colors, which is great for passing from player to player while on long trips. It can be also be used to substitute the missing career mode and works quite well. 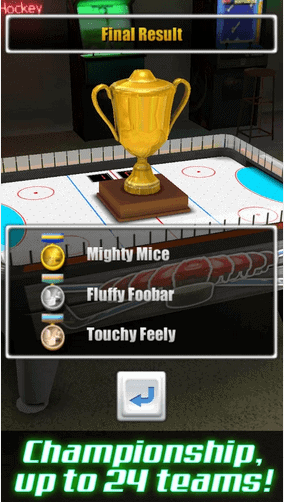 Opinion: I had a lot of fun playing Air Hockey 3D on my tablet and it's a lot of fun playing against the computer on a phone, as you can simply use your thumb and one hand. Where the game really shines however, is being able to play against another friend right there and then. You simply share the display and each have a paddle to yourselves. It's a fun way of bringing friends together and you don't need to learn any special controls, and you definitely don't need any quarters! The 3D graphics on offer are of good quality and they hold up well on tablets and high-resolution displays, all while retaining a fluid frame rate. A lot of fun on your own or with friends, Air Hockey 3D is a cool arcade game to try out.

Conclusion: With some great-looking 3D graphics and a whole bunch of features, Air Hockey 3D is a good option for those looking to get some of the same fun from the arcade or movie theater onto their Android device. You can play with friends using the same device, and you can even customize your own paddle. That very same frantic action of the puck when you give it a good whack is present in Air Hockey 3D and the high frame rates make this a fun game to play for sure.