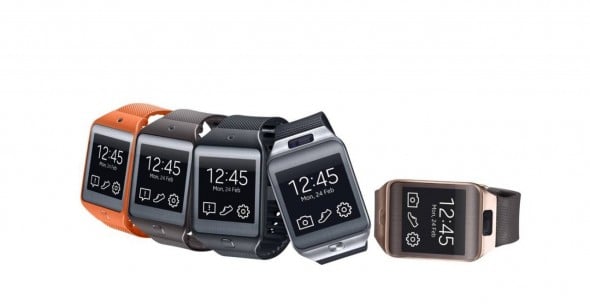 Smartwatches have long been promised to make our lives easier, to make information more accessible, to bring us even more convenience. However, so far smartwatches have only really been good at one or two things, notifications and well, notifications. That's changing fast though, as Samsung and their Gear 2 line of watches will be bringing apps like PayPal to our wrists. Of course, there's also Android Wear on the horizon that we're all pretty excited for. Until then however, smartwatch fans will have to take what they can get when it comes to everyday convenience. One of the more obvious applications for these small screens is boarding passes. Being able to display a quick QR code to be scanned at the gate is much quicker than having to deal with boarding cards, or at least that's what Samsung and Spanish airline Iberia are hoping anyway.

Much like Sony's SmartWatch 2, the Gear 2 will soon be able to display a QR code that can be scanned to get you on board your flight before it leaves the gate. This is all very nice, but you'll need to have a Galaxy S5 or one of the many Galaxy Devices that are compatible with Gear 2, and it only works with one airline. These things have to start somewhere though, and if Iberia's little experiment works well, then other European airlines, and hopefully international ones will follow suit and we'll all be able to board our flights from our wrists.

Samsung's Gear 2 line has apparently been quite successful with reports of the Gear 2 selling out in certain parts of the world. The Gear 2 is still available from Amazon here in the US however, and contrary to common belief, the Gear 2 (and the Gear 2 Neo) is compatible with a lot more devices, but they are of course, all Galaxy devices from Samsung. Have you got a Gear 2? Let us know how you're liking it in the comments below.