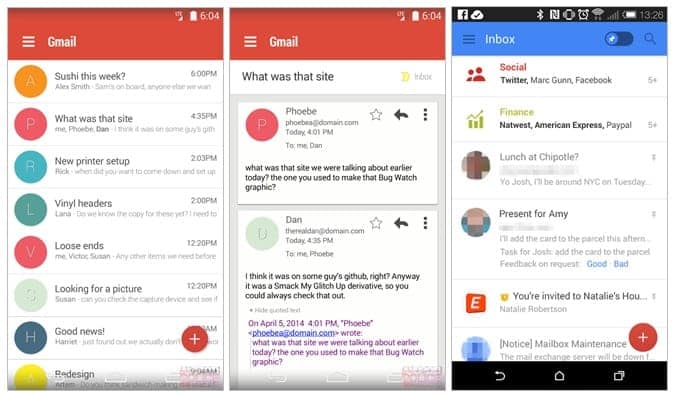 Not more than a few days ago we saw some screenshots hit the web that looked like we could be seeing a new UI refresh for the look of the gmail app on android. It seems that those screenshots may not have just been a refresh for gmail, but part of Google's focus to bring together a unified experience between Android, Chrome and, Search. Let's keep in mind that while going through this information, everything is just a rumor so far, but with that being said the rumor looks to be pretty compelling. We have also heard in the past that Google has had plans to bring a seamless experience across all screens to its users, and it looks to be starting that process with Hera.

Hera, as it looks to be internally referred to, seems to be a sort of in-between UI where users can interact with google services like gmail and other third-party apps in a setting that uses an interface that could be running via HTML5, without having to open the app itself. From the sounds of things Hera could potentially be Google's replacement for the current multitasking function that we're used to in Android known as the task switcher, which just basically gives you a quick way to move between apps without having to close each one out or go back to the homescreen or app drawer and access the apps from there.

Not only do these screenshots and descriptions of the app suggest that Google has a new look on the way for our beloved OS, but essentially it sounds like web connected apps will allow interaction through cards, or pop-ups. Much like many messaging apps allow for the pop up window panel on the home screen or above other apps without having to open that specific messaging app, it seems like users will be able to interact with apps that are connected into Hera much in the same way. This certainly would take multitasking to a new level and if all of these features make their way onto user devices, it could change things and add more benefits to the experience besides a quicker and more powerful multitasking experience. Without having to open gmail to replay or compose an email, or open apps to set a calendar event or process an order while online shopping, users could potentially save on battery life and on RAM. We have no way of knowing this for sure of course, but we suspect that completing tasks by interacting with Hera based cards would be less draining on both memory and battery.Note that the images used in this story from Android Police are Mockups created by them based on information they received. More information on Hera and Google's plan to unify the Android experience is sure to come to light in the near future, and as details pop up we'll be sure to update you. 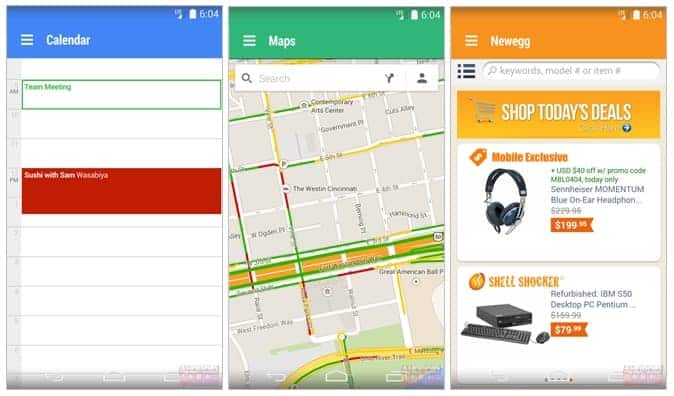