In what may or may not be part of Google's push to unify things across platforms with Project Hera, Google seems to be gearing up for some changes to the design of the Android icons for its core Google apps. This is entirely a rumor at this point so if you absolutely love the new look, don't get your hopes up just yet, but if the icons do get a facelift to the designs shown below or something similar, we welcome the change. The rumor was outted by a source who is apparently familiar with the matter and direction of the new icon designs, and sent out a screenshot to Android Police that displayed what could be the final design of the launcher icons for those corresponding Google apps, or it could be an early preview meant to give us an idea of where things are headed.

Either way the icons look pretty slick to us and a change like this or with a similar style to it, would definitely make the android launcher icons for the core Google apps more streamline with those of the web set. Since Google is rumored to be adding in a complete design change perspective for the UI of their apps through Project Hera, which is a goal to unify a multi-tasking experience across search, android, and chrome, new icons would potentially help to clearly convey the message that they want things to be more connected. As you can tell from the image, the proposed icons that we're looking at are slightly different from the ones on the web, so if things are to look more unified in the end, Google may need to brings some changes to the web icons as well, although there hasn't been any mention of that happening. Essentially, if the web icons don't receive any sort of design update, then what we could end up having is android launcher icons that look more closely to those of the web set, but with the unique android flare to them.

All of the icons shown that seem to have gotten a change include Google Play Books, Play Music, Play Movies, Play Games, YouTube, Gmail, Calendar, Google+, People, Play Store, Hangouts, Chrome, Photos, and of course Maps. If the icons end up looking like this in the end and this is their final cut, do you like them better or are they worse than the current android stock icons? These potential new icons have a more sophisticated and complex flat style with hard shadows, whereas the ones now kind of have a more three dimensional visual appeal. 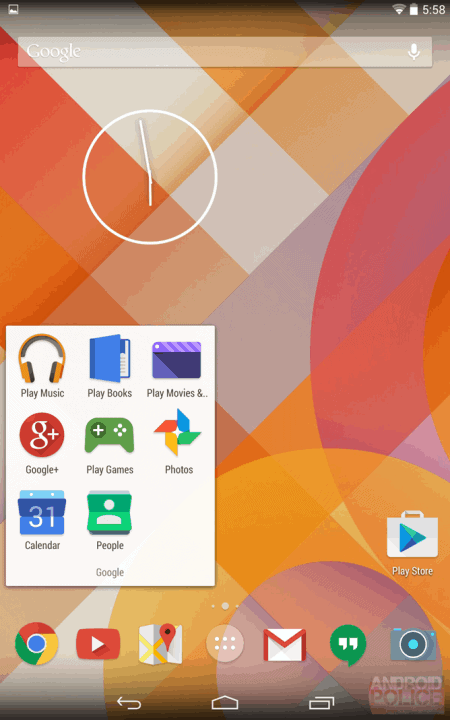