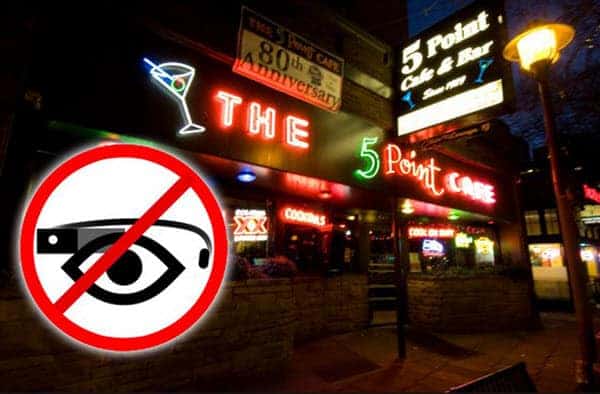 There is a unordinary amount of negative hype surrounding Google Glass – I mean when in recent memory can you recall when a product was already banned in a dozen or so (it keeps growing) places BEFORE it has even been released for sale?  Robert Scoble, a widely respected tech writer, and an early Glass "apostle" even went so far as to say that, "Google has launched this product poorly…"  This is after he vowed never to remove his Glass, but after deciding not to wear them at the Coachella festival, he concluded that he made the right decision after he saw how the Glass-wearers were shunned by others. This only proves that Mr. Scoble is not a true Apostle, willing to suffer right along side Google and Glass, and it is the true followers that will eventually make Glass acceptable. Remember a few years back when people would shake their heads at smartphone users holding them up to take a picture…now it is common place.

It is amazing to see how much criticism is being thrown Google's way concerning their handling of Glass – from allowing their 'clandestine' way of doing business (NSA eavesdropping) and selective testing of the product, to their nerve in charging $1500 to beta test Glass.  Dave Winter, a respected blogger and developer said, "[T]here's something really offensive about a super-rich company asking people to pay $1500 to beta-test their product.  For all the billions Google has, they have to do PR just like everyone else."  Well, you know what, apparently they do not have to be like everybody else – big ideas come from taking big risks and doing things differently…not by following the status quo.

Forbes ran these criticisms by Ed Sanders, head of marketing for Project Glass and Sanders responded:

"I see it as quite a necessary symptom of a company that's trying to be disruptive.  Nothing great has been achieved where it's incremental…We knew there would be downsides, but we also knew and know there would be tremendous upside…We suffer for the fact that Glass isn't widely available, which was a deliberate choice.  It's fair to say the best way to change perceptions about the device is to put it on, but we haven't been able to do that due to the sheer number of devices.  When you put it on, misperceptions really do disappear."

Once Glass is widely available with an estimated street price of $300 – $500, people will be standing in line to snatch them up, and once people on the street start seeing others wearing Glass, I think there will be a short 'break-in' period until the general public gets used to them. Before you know it, it will be as common and unnoticeable as someone wearing ear buds listening to music. As for the $1500 price tag they carry now, perhaps making some individuals feel a bit shunned – as a kid I worked for an antique dealer and at all of the shows there would be a $20-$25 entrance fee (quite a bit in those days). I asked him one time why would they charge anybody to come into a show where dealers are trying to sell stuff – and he said, "Only the truly interested customers that intend on buying will pay to get in and it keeps the lookers away." It made sense to me then and it makes sense to me now.

Please let us know on our Google+ Page if you are 'afraid' of Google's Glass – or will you be one of those in line to buy a pair when they go on sale…as always, we would love to hear from you.