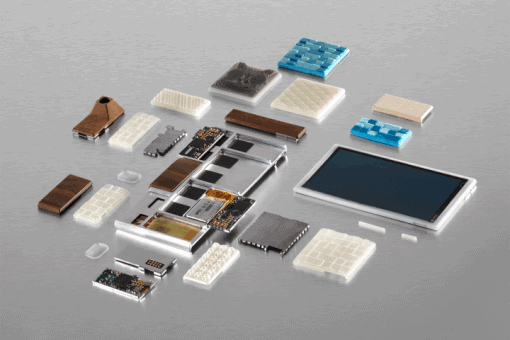 Ready for some new information about Project Ara? Great because we are too and thanks to this new video from the team over at Phone blocks, we have a nice behind the scenes look at what’s happening with the whole project. As some of you may know the Ara Developers conference is due to happen here in just a couple weeks, and the team wanted to bring the community in on what’s happening before all of that goes down. It’s nice that the team behind this project feels the need to enlighten anyone who’s interested in seeing some of the progress and behind the scenes details, especially with something as innovative as the Project Ara device.

The video they have provided for everyone to see on the web is short and sweet, and you get some nice interaction with the members of the team as one of them starts off the video by announcing that he is going to introduce us to the team behind the magic. You get to see some interesting stuff, like how the team was able to keep the modules in place, using a method comprised of electro-permanent magnets. We had previously already learned about this last month, but it never hurts to have a refresher. you get a nice view at how the magnets slide into place, and we’re told that they hold fairly weakly so you can easily pop them out of place if you desire to switch them out with a new piece, but they’re still strong enough to hold the modules in while your phone is in use.

The video definitely gives you a great bit of information and for anyone who has been interested in the Project Ara development, watching it is a must. You get to see more than just the team making all of this awesome stuff happen, you get a look at prototypes, and some of the cool stuff to come when this phone actually makes its way into consumer hands. We don’t want to spoil too much for you as part of the excitement comes from seeing things in the video first hand. So we’ll leave things at that and let you take a peek.