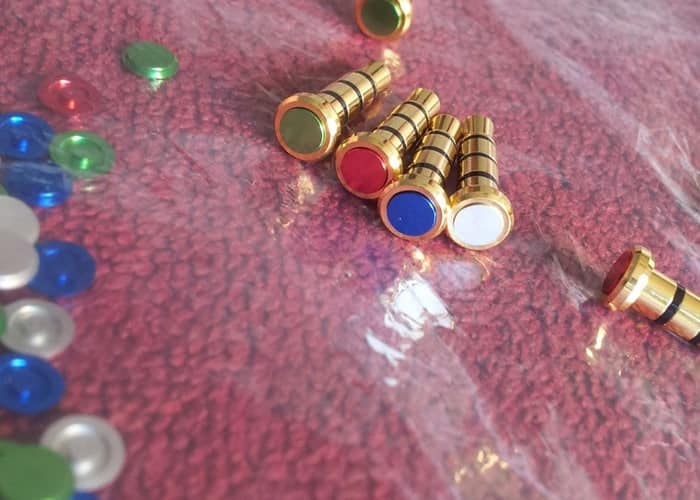 Pressy asks us to save the delivery date, because they want us to be prepared for when the almighty button is ready to make its way out to backers and hit retail for all others to purchase. After a short visit to the production line of the little Pressy, they not only deduced that they should be able to manufacture over 40,000 buttons within the next two weeks, but they are hoping to begin the shipping process by the 28th of this month. If shipping of the units actually begins on time, than users who backed the kickstarter campaign should end up getting their shipments sometime in mid-may.

Although the kickstarter production got held back, things seem to be moving along smoothly now, and the Pressy team has even been able to upgrade the design of the holster that stores your little Pressy button, so that it can be stored on your keychain or be snugly fit on the wire of your headphones. Both seem like great places to keep it when not in use, and practical at that. To those who may have backed the kickstarter and might have a need for any changes in the shipment, like address in case you moved or might have the need or want to include any add-ons at a special price, the Pressy's creator Nimrod Back has said that the survey that has been sent out to figure what changes people had if any would be locked down soon. In fact the day will be April 17th, and he also made note that some kickstarters may have missed the survey and will be getting another one via email here shortly. You can use the survey to update any important details for the shipment.

As some of you might already know Pressy has had a little bit of competition when it comes to this tiny device that plugs into your 3.5mm audio port, but they are prepared to deal with in court if needed. Pressy says that copycats were expected from the beginning and that they have a patent to help them cover their bases and squash the copycats. Pressy will cost $27 when it becomes available for purchase, would you see yourself buying one of these to have an extra button to do things?