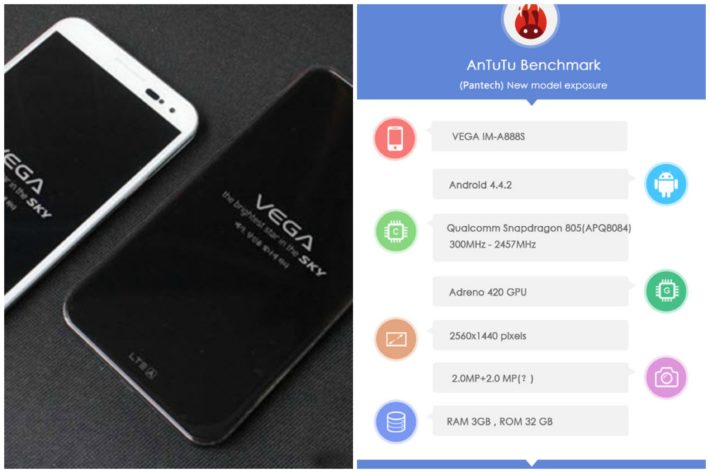 Pantech maybe Korea's best kept 'secret,' after all, with Samsung and LG as your close neighbors, you are bound to get lost in their shadows.  Pantech, though, is on a bit of a comeback trail by attracting some attention near the end of 2013 with their Vega Secret Note and Vega Secret Up devices.  They have been selling well in their own country, however, not venturing to lands beyond.  The Secret Note is very similar to the Samsung Galaxy Note 3 – packing a 5.9-inch Full HD display, Snapdragon 800 quad-core processor clocked at 2.3GHz, 3GB of RAM, 32GB of internal storage, a 13MP camera, a 3200mAh battery, and even a fingerprint scanner on the back!

Our attention has really been focused on the new Vega Iron 2 (I really wonder how they decide on device names) over the past few months.  It is supposed to be waterproof, and then rumors of it becoming the first smartphone with the new Qualcomm Snapdragon quad-core 805 processor, beating out the Galaxy Note 4. The Pantech's A880S is the close match to the Galaxy Note 3, and its successor the Pantech A888S was just captured on AnTuTu's Benchmark.  It shows some pretty impressive specifications, starting with the Snapdragon 805 running at 2.5GHz, Adreno 420 GPU, a QHD display with a resolution of 2560 x 1440. It is packing 3GB of RAM and 32GB of internal storage, a 2MP front facing camera (FFC), and running Android 4.4.2 KitKat out of the box.

AnTuTu claims that the number of 37,780 for the A888S listed below is not a true indication of what the Snapdragon 805 should be capable of – they theorize that it is probably due to the lack of engineering optimization of the system as they feel it should easily score over 40,000. We are all expecting big things from the Snapdragon 805, so hopefully its real performance will be a lot better, as we are counting on that processor for a multitude of devices. Please let us know on our Google+ Page if you would like to give this new Pantech smartphone a try – with specs like this, it could give the Samsung Galaxy Note 4 a real run for its money. 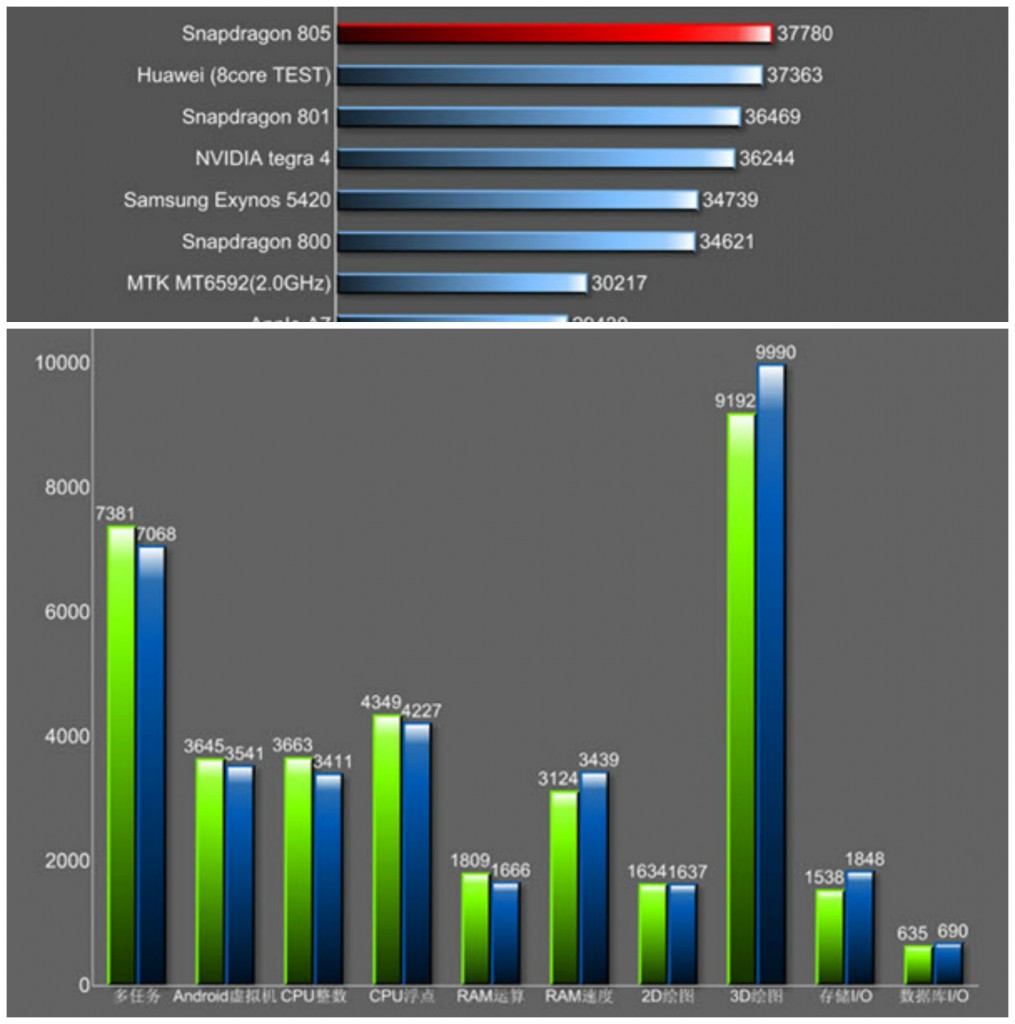