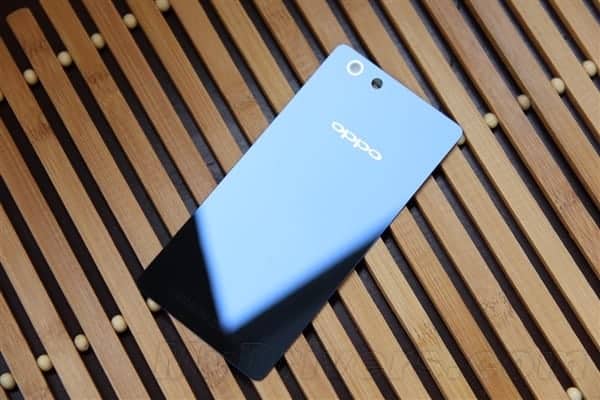 The Chinese manufacturer OPPO has created waves in the western world with their fabulously specced and designed offering – the OPPO Find 5 and the latest OPPO Find 7. However another OPPO device is making huge splashes in the news world – the OPPO R1S, which is an upgraded variant of the popular OPPO R1. We saw the looks of the device being flaunted in leaked images of the back panel which beautifully showed off OPPO’s insistence on stunning design. This time though, we have information that OPPO will officially launch the device for China on April 25th at 10:00 AM Beijing time. The OPPO R1S shares its specifications with the R1 which was unveiled during the MWC earlier this year. However there is one major change which the OPPO R1S carries – the device brings across 4G LTE connectivity thanks to OPPO making the switch from the Mediatek MT6582 for the OPPO R1 to a Qualcomm MSM8226 processor for the OPPO R1S.

For a recap, the OPPO R1S sports a full Gorilla Glass 3 clad body with a 5-inch 720p HD display screen which offers a 294 ppi pixel density. In terms of connectivity options, the device sports dual SIM quad-band GSM and dual-band 3G connectivity. 4G LTE is available on the R1S thanks to the Qualcomm MSM8226 processor, which is clocked at 1.6 GHz with 2 GB of RAM. Internal storage is limited at 16 GB and there is no MicroSD slot available. An upgraded 13 mega pixel primary snapper bearing Sony’s top quality sensors is capable of 1080p video recording and exceptional low-light photography, whereas Selfies and the occasional video call will be catered to by a 5 MP secondary front facing camera. The cameras and the Gorilla Glass 3 design are the primary selling points which have seen the OPPO R1 gain a fan following in China. Since the same design features have been copied over to the OPPO R1S, we would assume this phone to perform great as well. 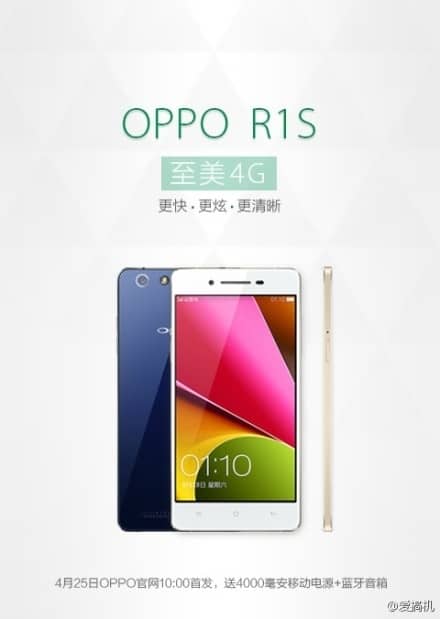 It also appears that OPPO has launched a deal with the R1S, wherein they’re packaging the device with a free 4000 mAh power bank and a free Bluetooth speaker. Earlier rumors suggested the device would retail in China for 2500 Yuan (~$400), but the official confirmation will happen once the device is launched. There is no confirmation as of yet whether the device will be available for the Western market anytime soon, though since the 4G LTE connectivity on the OPPO R1S adheres to global bands, we can always hope.