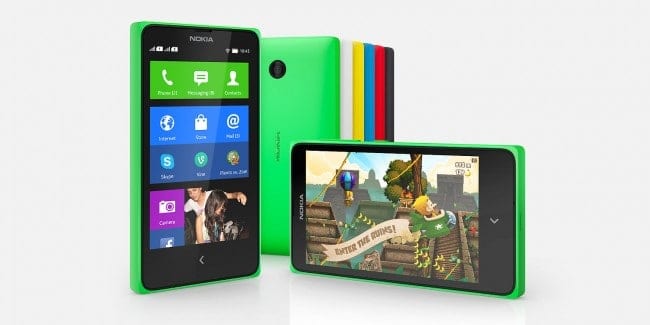 The mind of Stephen Elop – now there is a place that I would never want to get caught in, but it is like driving by a car wreck…you feel sorry for the participants, but you just cannot help to gawk at it. Elop, now back again at Microsoft after he performed his dutiful stint as CEO of Nokia long enough to devalue them so much that Microsoft could buy them out for a song. What can only be described as a 'string attached' to the deal, Microsoft had to bring Elop back into their fold. During the transition period, Nokia engineers were working on a Nokia X device that was running a custom fork of Android based on AOSP (Android Open Source project) JellyBean 4.1 from 2012 – not even the new KitKat version that take advantage of the only 512MB the Nokia X is running.

Many though that once the Nokia deal was complete that Microsoft may stop the Nokia X in its tracks, but this is not the case according to Elop, now the Vice President of Microsoft's Devices and Services unit stated:

"Microsoft acquired the mobile phones business, inclusive of Nokia X, to help connect the next billion people to Microsoft's services. Nokia X uses the MSFT cloud, not Google's. This is a great opportunity to connect new customers to Skype, outlook.com and Onedrive for the first time. We've already seen tens of thousands of new subscribers on MSFT services. We are using AOSP to attack a specific market opportunity, but we are being thoughtful to do it in a way that accrues benefit to Microsoft and to Lumia."

The entire idea behind the Nokia X devices was to target the emerging nations and low-income customers that wanted a new device, but were unable to purchase the higher cost Nokia devices. The Nokia X gives users a chance to experience the build quality of a Nokia, only with lower specifications. It also gives Microsoft a chance to spread its Windows Phone "look" by using a the Android operating system – although it denies users the use of Google services, such as Google Search and the Google Playstore. Microsoft has you using their Bing search and other Microsoft goodies, as well as a special Apps Store

While opening to gang buster sales in China where over a million devices were pre-ordered within the first four days – before being released in India, where the price was cut from $141 to about $116 – could this be an indication of slowing sales? It will be interesting over the year to see just how this 'car wreck' plays out and what Microsoft tells Elop to do next…Window Phones are simply not gaining momentum and what does selling an Android based device, no matter how 'windowsey' it looks to the consumer, say about the Windows Phones' future.

Please let us know on our Google+ Page what you think about this whole Microsoft-Nokia venture and the Nokia X series of devices…as alway, we would love to hear your thoughts.