With only a week under its belt after launch, the HTC One M8 is already making some think that it won’t do so well in the flagship device game this year. Both this years One M8 and last years HTC One are revered by many as one of the best smartphones ever made, with its stellar design, and excellent build quality, and loveable features like blink feed and the boomsound speakers. Still despite these things that people love about the device, the latest study by Chitika ad networks suggests that the phone could end up faltering in sales, causing HTC to once again deal with losing out marketshare to Samsung and Apple.

Chitika estimates that the HTC One M8 after its first week of sales, represents less marketshare of all of their devices than the device from last year. According to Chitika, the HTC One from 2013 represented 1% of HTC phones after week one, while the new HTC One M8 only represents about 0.1% after the same amount of time. While this doesn’t exactly predict that HTC has yet another failure on their hands, it doesn’t bode well for the appearance of their success with the device. What’s interesting here is that Samsung represents 61.7% of the marketshare for android smartphone web traffic to HTC’s 8.4%, but HTC is only in third place. What might be more alarming than their first week percentage of web traffic on android smartphones, is that Motorola, a company who has been passed around like a football from Google to Lenovo has caught up to them for the same respective amount of web traffic marketshare.

Still, these studies don’t necessarily mean that HTC is doomed, and contrary to popular belief on this matter HTC only has week one to answer to. This would be more of a problem if they were over a month in but it’s still a little early to start hammering in the nails to the coffin. The phone is also still not present on some of the carriers it has announced will be getting the phone, one of them being T-mobile who is the nations fourth largest wireless carrier, so sales and web traffic marketshare still has some room to grow. 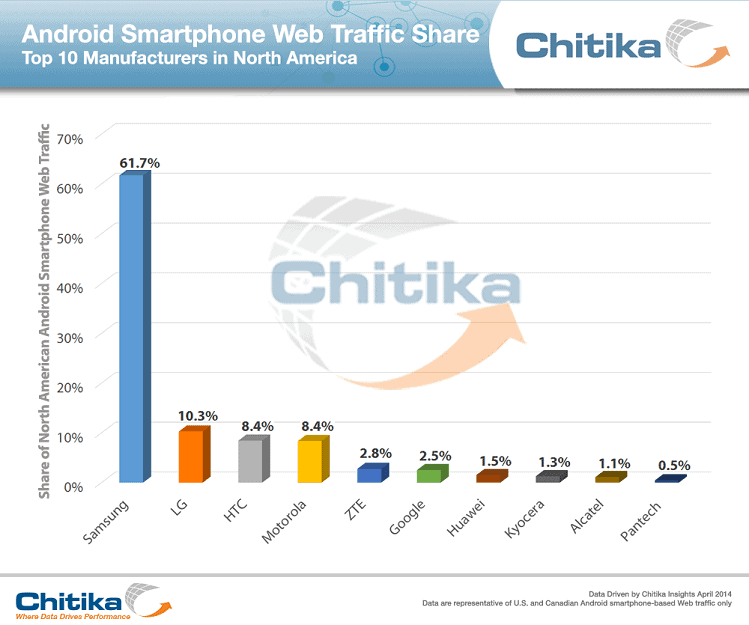 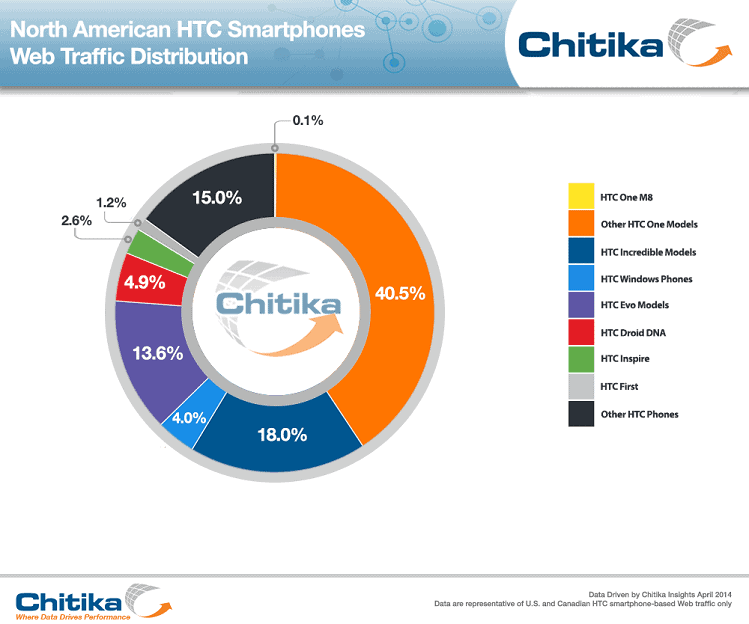