Skip to content
Trusted By Millions
Independent, Expert Android News You Can Trust, Since 2010
Publishing More Android Than Anyone Else
3
Today
87
This Week
532
This Month
532
This Year
118421
All Time

Google’s Project Tango smartphone isn’t just your average day smartphone, it packs in tons of special hardware that no other device on the market has, like the smartphone’s Myriad 1 vision processor chip which is capable of making a quarter of a million 3D measurements per second, this is exactly what NASA needed to get their Sphere robots to be fully autonomous.

The team behind Project Tango, ATAP over at Google announced today, they will be partnering with NASA to build autonomous robots. Using the technology developed for Project Tango, the Spheres robot will be able to do tasks the astronaut previously had to do themselves. The robots will be equipped with a Project Tango smartphone, to be able to map its location so it can move around autonomously. The Spheres robots will be able to navigate through the space station, and perform some of the tasks that were previously the chores of Astronauts. They will be able to construct a 3D map of their environment, so they are able to move around without bumping into walls constantly.

Project Tango works by using a motion tracking camera and a depth sensor built into their backsides. When you move the device around, the phones special sensors will detect their orientation and what is around them. With the data the phone essentially creates a 3D map of its surroundings. Google has recently been working on project Ara, another project coming out of the ATAP team at Google. Project Ara is another device I think would be great for use cases much like this one. Project Ara’s main concept is a modular smartphone that can be updated one piece at a time. This is the ultimate smartphone for the person who loves to customize everything in their device, this would also be great for a company like NASA who needs devices for very specific purposes.

In theory Project Tango’s special hardware, that makes it perfect for use with NASA’s Spheres, could be added to a module that fits in Project Ara’s device. Ultimately they could offer all the same special features that are in Project Tango, with the option to upgrade and change any piece you may what to switch. All you would do is slide out the old piece and slide in the new one! Overall this is very exciting for Project Tango, it will be able to make the lives of the astronauts a little easier, and in future versions maybe even preform tasks that an astronaut can’t even accomplish.

We would love to hear what you guys think of Project Tango and NASA teaming up? And what the future of these amazingly innovative projects from Google. Leave your thoughts in the comments below or on Google+, Twitter, or on Facebook. 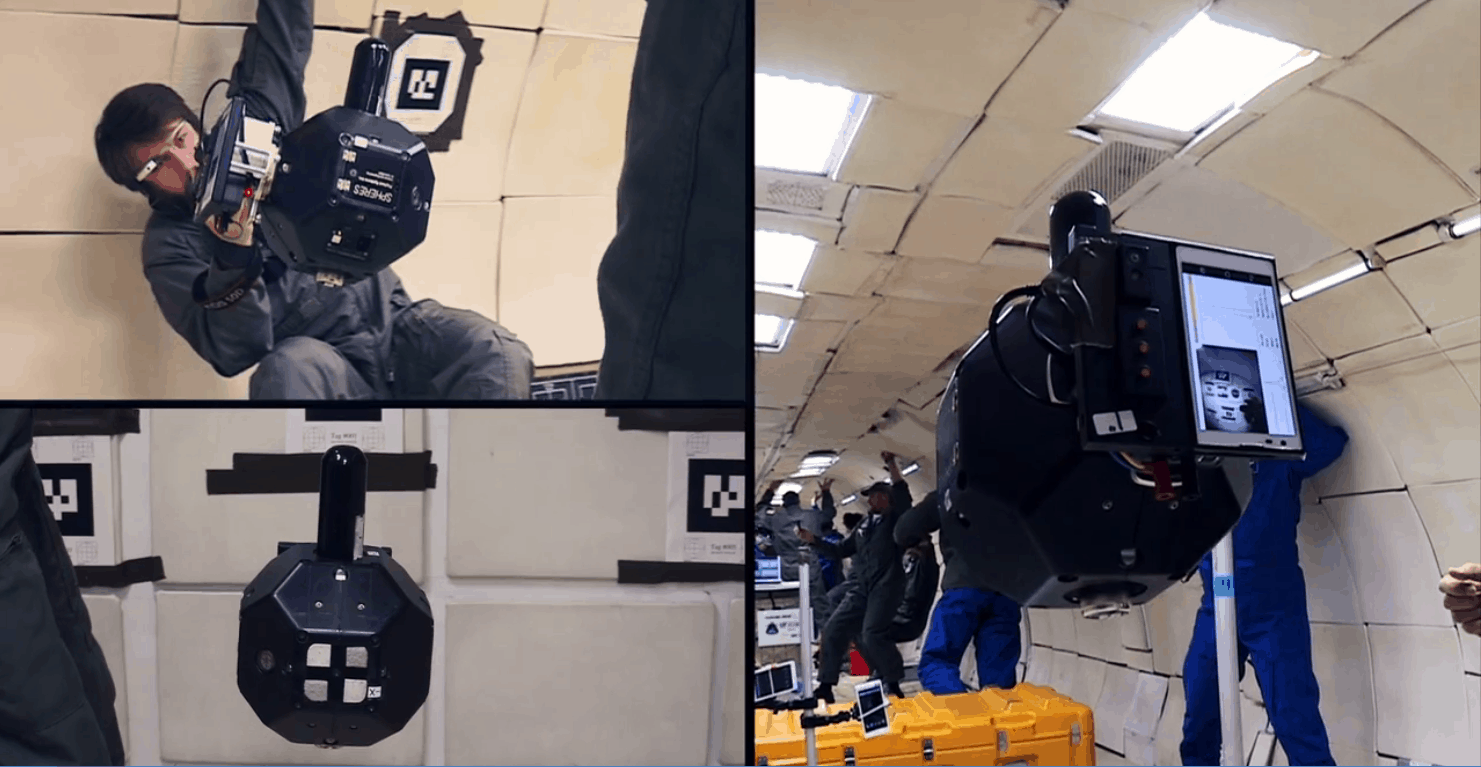