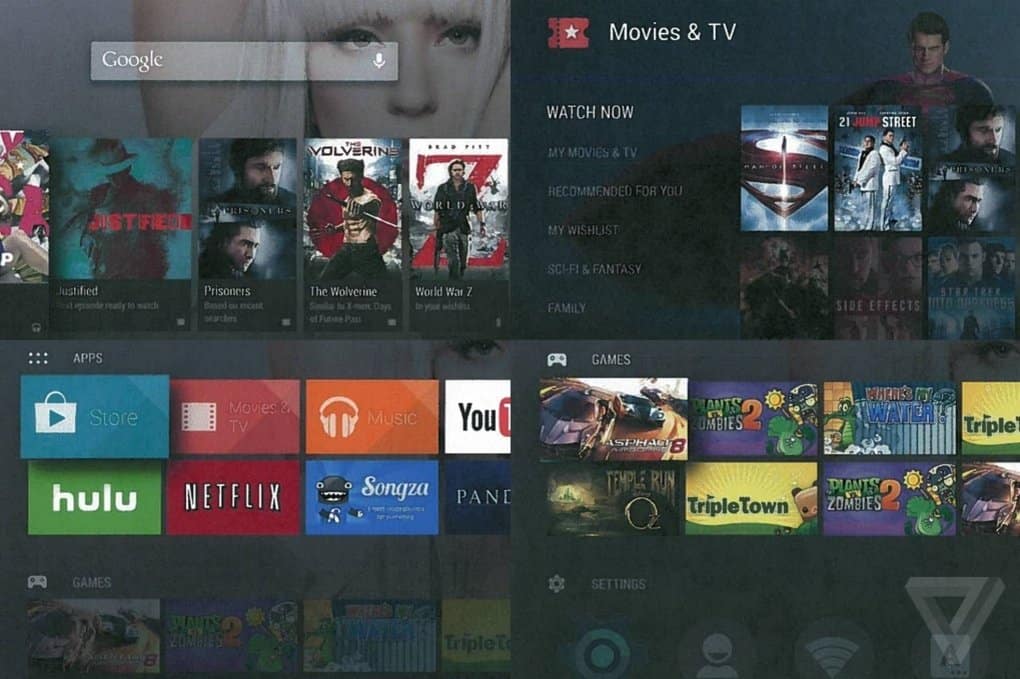 Android TV is real, and it's really happening. We first heard about something called Android TV last October, but we hadn't seen anything solid come to light until two days ago. Now it seems that Android TV is on track and well on it's way to a release, possibly at Google I/O in June. What is Google trying to do with Android TV, though? Google TV was a failure. Chromecast is a resounding success. What's in it for Google to take another shot in the set-top box arena? They want to redefine what we know as an app, and redefine how apps work on your television.

Right now, apps on any platform are stand-alone affairs that can't talk to each and don't share much data. This makes for a somewhat frustrating user experience, whether it's on a Google TV box, Roku, Chromecast, or even an Apple TV. Google is looking to provide content providers with a platform that will integrate their app data, and make it smooth and seamless for consumers. If Google can make apps more easily accessible for consumers to use, by making it easier for content providers to share app data, that's a win for everyone. Right? Not necessarily.

Big name content services like Hulu and Netflix want users to recognize their own brands, not Google's. Even so, if a user were able to easily access content, any content, from any provider, that's going to end up a win for everyone involved. But what does Google get out of all this? App data.

All of those apps would be sharing some or all of their data with each other, and with the core Android TV OS that they are running on. That means Google gets more living room data. How, and when, and where we watch what we watch is what Google is after. Android TV may even be released as an open OS, like Android Wear and Android itself. The more manufacturers using Android TV, the more data Google can get its hands on. Some content providers, and some TV manufacturers, may not be happy with this way of doing things. Who knows, it may flop the same way Google TV did. But in the end, Google is after our data.