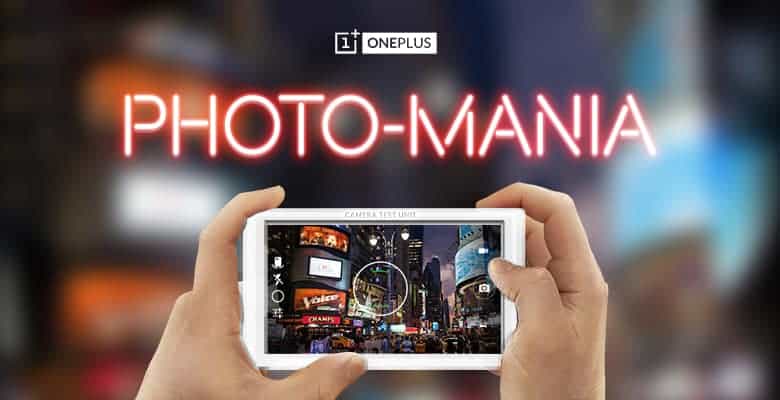 OnePlus has been adamant about making the marketing for their first phone, the OnePlus One, unique and interesting to its customer base.  If you haven't been following all the crazy antics behind OnePlus's eventual unveiling of the One, they've been unveiling small parts of the phone bit by bit, including a teaser of an unboxing by CyanogenMod's very own Steve Kondik.  Everything is leading up to the eventual unveiling day on April 23rd, but until then we're stuck with teasers and tidbits of what's to come, including the specs beginning to be revealed just earlier today.  Now OnePlus is holding a brand new kind of photo contest just for the One, and it needs you to take part in it in order to get the most out of its marketing campaign.

The concept is pretty simple: take one really good picture and post it on their forums.  Don't edit it heavily, don't crop it to a weird size, just do the best you can and send it on in.  You'll need to upload a small version of the picture to the OnePlus forums and link to the original picture, and be sure to include a link to your galleries on Google+, Flickr or where ever you store your photos so the OnePlus team can review just how good of a photographer you usually are.  Three lucky winners will be picked and will be send a camera test unit that's basically a shell with a giant screen and the camera from the OnePlus One.  You'll use the camera test unit to take some sweet shots of whatever you think looks great, and the best of these shots will be used as promotional marketing material for the OnePlus One when it releases.  This is pretty awesome because it means the marketing photos won't be touched up professionally taken photos, rather photos taken by actual users on the device to show what it's really capable of.  That also means their pretty confident in their product, so get those cameras out and get going on the contest so we can see this thing in action!  Hit up the source link below for all the details.