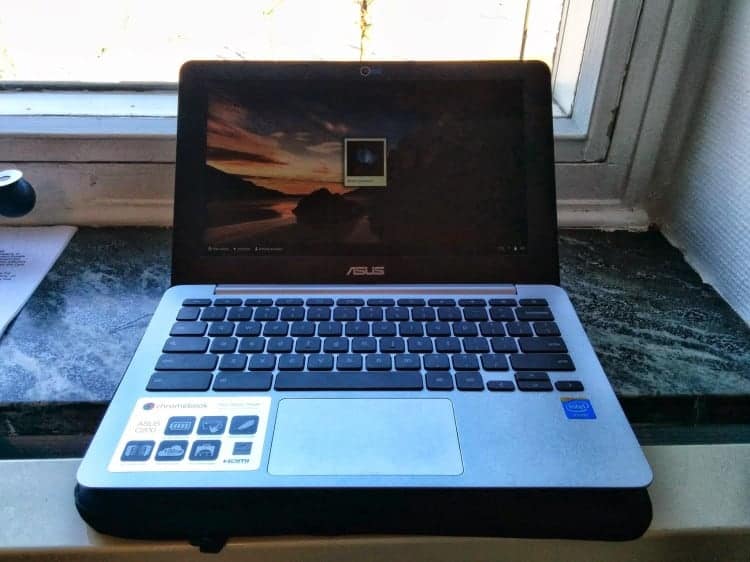 We already that there will be a selection of new Chromebooks hitting the market soon, of which is the ASUS Chromebook that we previously saw a leaked image of. At the time there wasn't really many details to go along with the leaked image, but it appears that some websites had prematurely listed it up for sale along with full details. So with that in mind, here's a good breakdown of some of the most important information about the upcoming set of ASUS Chromebooks.

For starters, the ASUS C200 will be your base model, which comes with a smaller 11.6-inch display and sporting a lower powered 2GB of RAM instead of the 4GB that some were hoping for. The processor inside looks to be Intel N2830 Celeron CPU clocked at  2.16GHz with Intel HD Graphics GPU, and 16GB of onboard storage space for whatever you'll need to store on the notebook. What we can't really determine is why there seems to be three different variants of this particular model, which were listed as the C200MA-EDU, C200MA-DS01 and C200MA-KX002. It's very possible that there aren't really any differences to be noted, as these could just be models meant for different regions. OMGChrome makes a good point though that the C200MA-EDU could be meant for the education stream.

The other model of the ASUS Chromebook is the ASUS C300, which has the bigger, badder display measuring in at 13.3-inches. The processor as well as the clock speed of the processor and the graphics chip are the same as the C200 model, but with this Chromebook we'll be getting the more powerful 4GB of RAM, along with double the storage space sitting at 32GB of onboard storage. Rumors have suggested that we could see these new Chromebooks get made available sometime this month, although there was no official mention from ASUS themselves. The prices for both of these new Chromebooks are nothing we haven't seen before. Should be wanting to go for the ASUS C200 model it looks like you'll end up having to pay $260, while the ASUS C300 model with the bigger display, more RAM, and more storage space will end up costing you $340. We'd say those are fair prices if they end up being the final cost, and I personally am considering the C300.