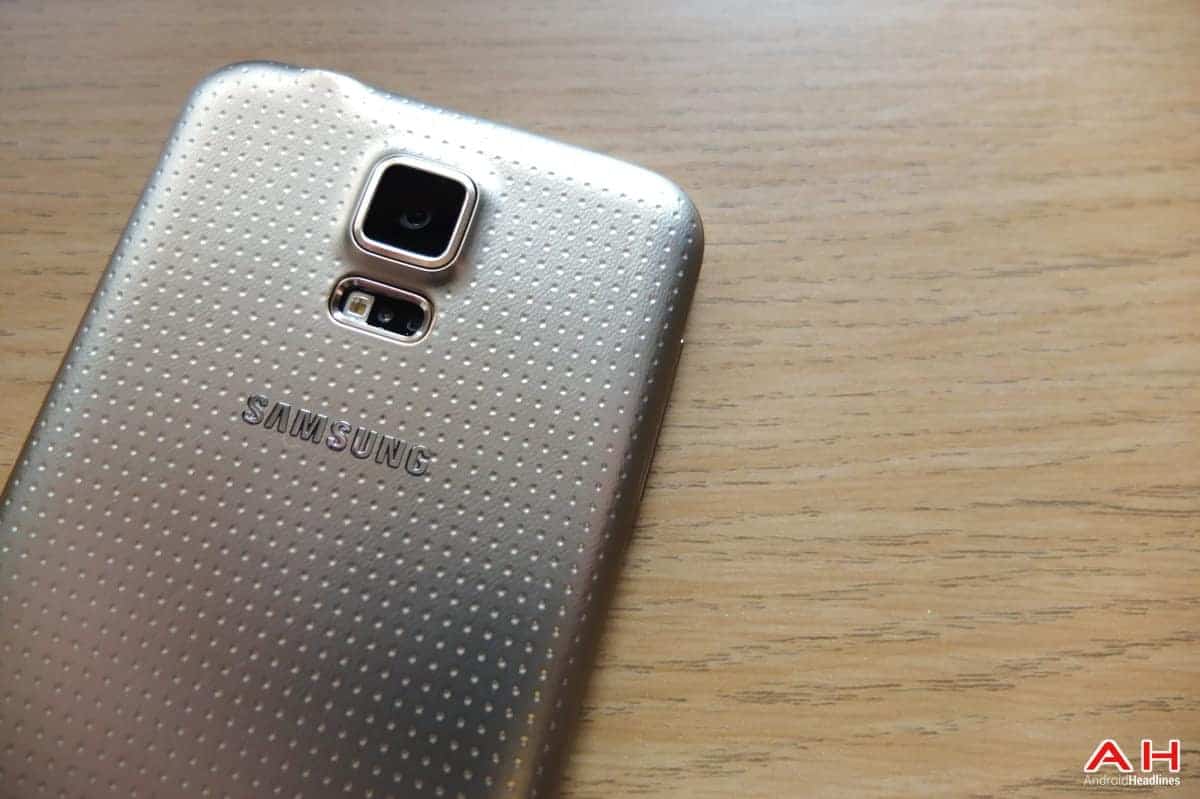 Vodafone UK have kindly sent me a Galaxy S5 – in fancy Copper Gold no less – and I've been using it for the last week or so. As someone who is pretty keen on photography, how good a smartphone's camera performs is important to me. I might own a Nexus 5 day-to-day, but I'm a realist. I cannot and will not expect any smartphone camera to be excellent in low light, take super-detailed shots all the time or replace my beloved Fuji. I found out as much when review the HTC One (M8) and now, I'm going to take a closer look on what Samsung has done with the camera on the Galaxy S5. Specifically, I'll be focusing on how easy it to use, what features the camera software has and how the overall shooting experience is, with some shooting results as well.

With a little help my little friend here, we can see that the default shooting screen of the Galaxy S5 isn't all that bad at all. You can touch to focus on different parts of the scene, and you can quickly take a photo at a moment's notice by hitting the shutter key. Accessing your advanced controls is pretty simple here, as is swapping to the video camera. It's a more simplified approach to camera software we've seen from Samsung over the years, at least at first glance, anyway. 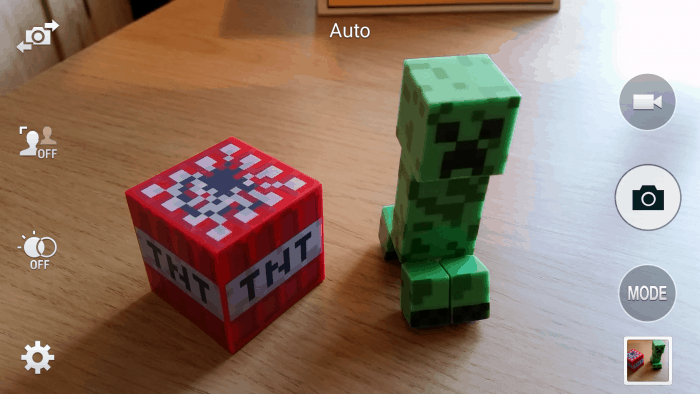 Mercifully, the mode menu doesn't really have too many confusing options to it, and the majority of users will find these settings simple to choose from. Where things get a little out of hand however, is the overwhelming choice that appears as soon as you hit the gear to open up the settings menu. So many choices appear out of nowhere that it's genuinely difficult to know where to start. Of course, someone like myself who is used to dealing with manual settings will know what to change and why, but a lot of these settings will put off the average user. 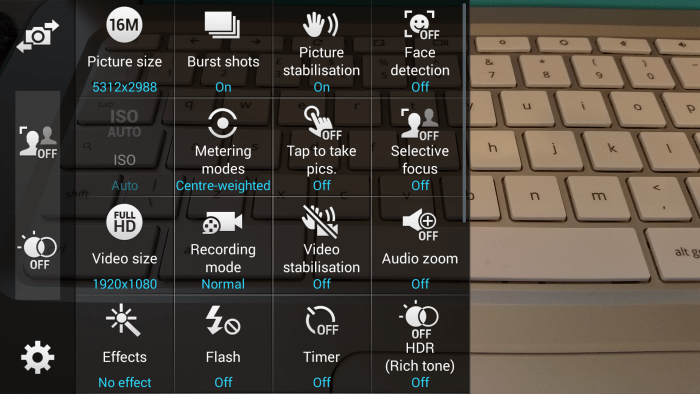 Thankfully, this menu can be customized to your liking, but it's difficult to deal with at first and does feel a little like over kill, options like "audio zoom" don't really serve much purpose. Having said that, it is very nice to see Samsung offer so many options, as those that really like to experiment with their mobile shots will be able to get the most out of them thanks to all of these settings. This menu also allows you to tailor the shooting experience to how you like it. 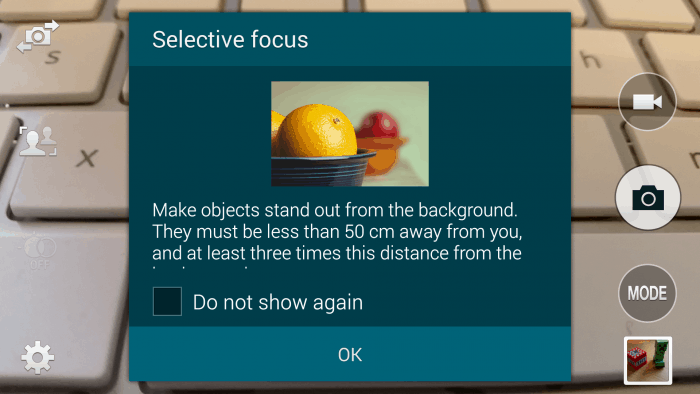 HTC have their DuoCamera and uFocus on the new HTC One and so, Samsung have Selective Focus in the Galaxy S5. What essentially aims to create the same sort of effect that the two camera sensors on the M8 does, Selective Focus is pretty straight forward. You're given a prompt when you first switch to this mode, and then all you need to do is to tap a subject relatively close to you when shooting. You'll have to stay still, while the camera gathers the data and puts it all together, but the end result isn't as impressive as Samsung would have you believe, but it does indeed work. 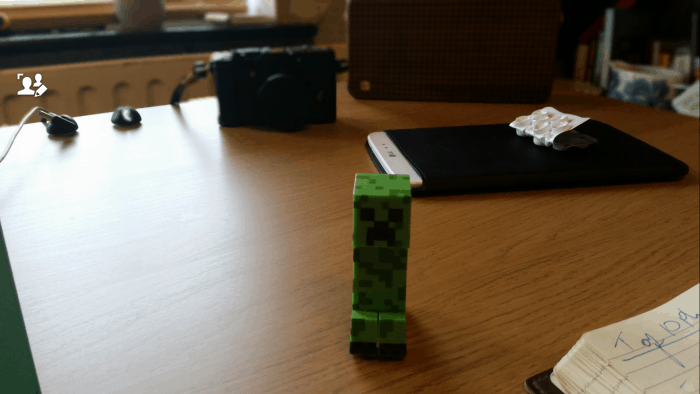 Speaking of effects and editing things, the Galaxy S5 has a decent photo editor built in, as well as some cool real time effects that you can use to take funky shots. You can take a look at these effects and more in the gallery below.

Below are some simple, non-scientific camera samples to get an idea at what the Galaxy S5 is capable of. I'd say that overall, the camera on the Galaxy S5 is more than capable in most situations and the software allows for simple shooting without anything getting in your way, but also allows for tighter control with a myriad of settings and modes. Those looking to express themselves can do so with effects and edits after you've taken your shots and the selective focus feature is a novel edition, even if it isn't as good as HTC's implementation.