You know the old sayings: Dance with the one that brought you – Always go home with the lady who brought you to the dance – You don't tug on superman's cape – You don't spit into the wind – You don't pull the mask of the ol' Lone Ranger – And you don't mess around with Android.  Well, Samsung has done all of those things and yet they are still as big as ever in the Android market…but for how long?  It seems like they continually "bite the hand that feeds them," and it is that attitude that seems to be turning the public perception of them – always important to Samsung – into a joke, yet they keep on trying wild and crazy things.  Samsung is like the little puppy or child that wants to please everybody – they want to be all things to all people, and it just does not work that way. Now it seems as though they have grown into a teenager, that wants to test and bully Android, once their friend and ally. They may find that the crowd could eventually start to turn on you.

If they would take a quick look in their rearview mirror, they could see LG and HTC quickly gaining ground on them.  Those two companies seem to have a direct strategy and it is working as critics, customers, and sales will attest.  Samsung needs to find its place in the Android market and forge ahead, but Samsung's biggest problem is that they want to be like Apple – complete domination over their domain.  They want to build the software and hardware so they can have complete control over their success…or failure – which is not an option in their vocabulary.  I can understand the theory behind it.  Just like Apple, when a new OS is designed it goes out to ALL devices, without having to worry about TouchWiz working with it, because TouchWiz, or Tizen in this case, would be THE OS – no more fragmentation like we find in Google's open source code.

At a time when Android OS and Apple iOS dominate the market, Samsung should take their winning formula and build on it, but instead, Samsung wants to keep experimenting to see if there is something better out there – or better yet, develop a third Tizen OS of their own and try to topple Android.  According to our source, Samsung's senior vice president of product strategy Yoon Han-kil claims the company plans to stop relying primarily on Android and release future devices with different operating systems.  Tizen would certainly be tops on their list – developed in a joint venture with Intel and a few other partners.  We can tell from Tizen devices that it has a very similar look and feel as Android, but by using their own OS, Samsung gains more control over it.

But without support from App developers, how does Samsung hope to become the next 'Apple?'  All we need to do is to look back at BlackBerry 10 and the Windows Phone to see what happens to an OS that does not have the Apps to support their ecosystem. It is also interesting to note, and actually understandable, to hear that Samsung will be coming out with a new Windows Phone – why not make devices for an established (we can say this because Microsoft is behind it) OS and see if you can sell those devices as a supplement to your Android devices.

Now that Samsung has decided that wearables is 'The Next Big Thing," they have started an onslaught of devices.  First, they came out with an Android powered Galaxy Gear smartwatch last Fall when they released the Galaxy Note 3.  The Galaxy Gear was not well received, so a few months later, they release the Gear 2 and Gear 2 Neo, which are powered by Tizen and a Gear Fit, a fitness tracker/smartwatch running neither Tizen nor Android, but can best be described as a 'real-time OS.'  Samsung's Yoon has also made it clear they will release another smartwatch later this year running Android Wear as well.  All of this so that Samsung can give their customers a choice – but when does too many choices water down both their support and development or simply confuse the consumers.

Smartphones have been around long enough to realize that there is Android OS and iOS, and the chances of a new OS entering the market is rather slim – just ask Microsoft.  With wearables, they are still in their infancy – growing, changing and maturing – so Tizen may have a chance in that field, provided Samsung's wearables are compatible with Android smartphones.  So far, many people are trying to justify the extra $200-$300 for a wrist device that either alerts you to notifications or will make run some basic apps, when their smartphone already does all of that and much more.

Maybe Samsung should spend more time developing the smartphones they already make that run on the Android OS, rather than spending so much effort and money on a new OS. If they want to be really daring, give a new shape or use some new materials to your Galaxy S or Note line of devices. How about streamlining TouchWiz and working on your Octa-core 64-bit processors to dominate the industry, make fantastic memory chips, power management chips, develope a new type of battery, and other really useful innovations. Now those would be a worthwhile use of your resources that would help drive your company ahead of the others…and go home with the one that brought you to the dance – Android.

Please let us know on our Google+ Page what you think about Samsung and their insistence on using their own Tizen OS…as always, we would love to hear from you. 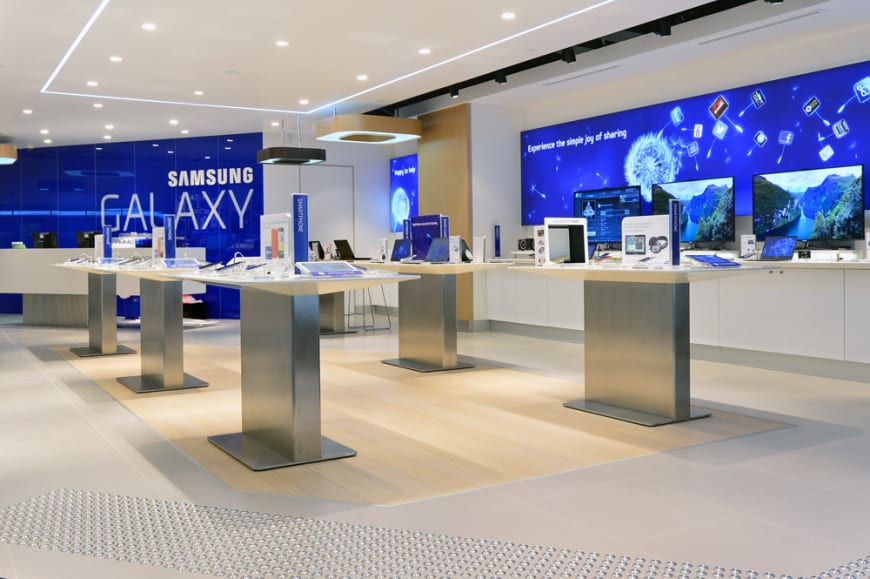 Trusted By Millions
Independent, Expert Android News You Can Trust, Since 2010
Publishing More Android Than Anyone Else
3
Today
33
This Week
556
This Month
556
This Year
102036
All Time
Advertisement